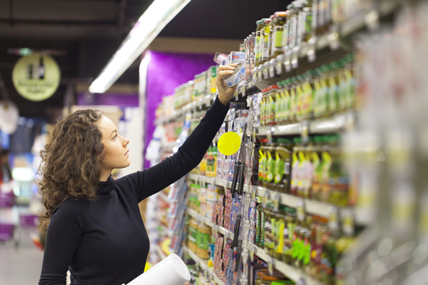 Dunnes Stores continues to be one of the biggest success stories in Irish retail.

The latest supermarket share figures from Kantar Worldpanel in Ireland, published today for the 12 weeks ending 9 October 2016, show Dunnes Stores continues to be one of the biggest success stories in Irish retail. Sales at the retailer have grown by 6.2% over the past quarter, helping the grocer capture 22.0% of the grocery market and rise to second position overall.

David Berry, director at Kantar Worldpanel, explains: “The biggest factor driving growth for Dunnes over the past year has been an increase in the size of the average shopping trip, which has grown by €3 to €38.10. The retailer with the next largest trip size is Aldi, where shoppers part with €25.10 on average – €13 less than at Dunnes.

“Since its introduction Dunnes’ ‘Shop and Save’ initiative has gone from strength to strength. The campaign has been very successful in persuading shoppers to spend more, and we’ve seen a whopping 18% increase in shopping trips where consumers spend over €100 since last year.”

SuperValu continues to hold the number one position in Ireland, with sales growth of 2.9%: the retailer has managed to recruit an additional 38,000 shoppers during the past 12 weeks compared with last year.

Performance for Tesco has improved compared to previous months, with value sales falling by just 1.3% – the lowest level of decline since May this year – and volume sales increasing. Tesco’s market share now stands at 21.6%.

David Berry continues: “Lidl has increased its share of the market to 11.6%, with sales growth of 5.1%: the average Lidl shopper visited the retailer 11 times over the past quarter. In what looks like a shift to an increasing reliance on its own brand lines, branded items accounted for just 10% of Lidl’s sales during the past 12 weeks compared to over 20% in 2012.”

Aldi enjoyed the strongest growth across the market this quarter, with sales 6.6% higher than last year boosting its share of the market to 11.4%.