Spain: retailers reinvent due to growth in freshs 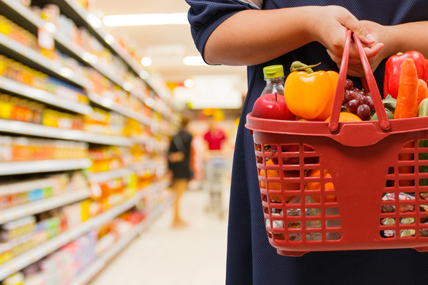 Fresh food has become a key sector in 2016 for the Fast Moving Consumer Goods (FMCG) industry in Spain. Not only because of the importance of fresh foods in the average shopping basket, and the resultant contribution towards market evolution, but also because they have emerged as a means of growth and stimulus for large retailers. These are some of the conclusions taken from the latest report “Retail trends 2016” from Kantar Worldpanel Spain.

Expenditure on fresh food declined –2% between January and September 2016. This was due to loss in value as a result of consumers transferring their fresh food spend to modern retail outlets. The fall in fresh food expenditure has led the whole FMCG sector to decline by –1.1% in value over the same period. This transfer of spend has been a key source of growth for large retailers.

According to Florencio García, Retail Sector Director at Kantar Worldpanel: “These products are found in consumers’ regular shopping baskets as and when they need them and, due to their nature, are restocked more often. For this reason, large retailers are reinventing their supermarkets and trying to gain the trust of consumers to turn them into their retail outlet of choice.”

When taking a closer look at the retailer groups, Lidl continues to lead market growth. It currently holds 4.0% market share, having gained 0.5 points compared to 2015. Lidl has also increased its portfolio of consumers. So far this year, 56.7% of Spanish households have already made a purchase from the chain. It not only has a stake in fresh foods, but also in transactions within prominent consumer industries such as beauty products. This has allowed Lidl to improve its image even more among Spanish households. The chain has improved its rating in the last year in attributes such as “cleanliness and layout of its stores” and the “possibility to do all your shopping” there.

Spain’s leading retailer, Mercadona, accrued 23.0% of Spanish FMCG expenditure, an increase of 10% compared to 2015. Mercadona also has the most customers, with 87.4% of consumers making some type of purchase in its stores so far this year. The growth is based on the company’s stake in the fresh food area and the battle is now centred on winning consumers in regions where Mercadona does not yet lead. This is especially focused on the Basque Country and Galicia, where regional distributors occupy important positions.

Meanwhile, DIA has reinvented itself. It continues to gain a share in sectors such as beauty, by Clarel, and in fresh food products where the “La Plaza” (marketplace) model has won consumers and has improved the Spanish retailer’s image in the sector. These movements have enabled DIA to take 8.7% of the market, establishing it as the second largest national retailer (+0.1% points compared to 2015).

Hypermarkets have lost out as this sector movement has focused on small shopping baskets. Even so, hypermarkets have maintained 13.6% of the market share, with Carrefour as the leading retailer which has kept its 8.5% share. Alcampo and Eroski, the only brands among big retailers to have lost market share compared to 2015 (–0.1 and –0.5 points of the share respectively), are looking for alternative options to renovate their stores and models.

Regional supermarkets are emerging as an alternative to national retailers. Regional supermarkets have achieved a market share of 11.1% (+0.2 points compared to 2015), and reached 65% of Spanish households. Brands like Consum, Ahorramas and Eroski stand out for their importance in their areas of origin and each have found themselves to be in the Top 3 retailers in their respective regions. These chains are often ranked higher in small or routine shopping baskets and are more geared towards fresh food products. They also place more importance on their own manufacturers’ brand lines.

E-commerce has become the most high-profile player of recent months. It already represents 1.1% of Spanish expenditure in FMCG and attracts 3.7 million Spanish households. The channel is also starting to generate new shopping habits, as one in three online consumer households have already made more than one purchase via the channel so far this year, spending 145 euro on average.

The online channel is contributing towards the growth of these “pure players”, with 175,000 households having already purchased an FMCG product between January and September 2016.

Florencio García concludes that; “with pure online retailers taking off, this is shaking up distribution and causing the large groups to make a move. Amazon, El Corte Inglés, Carrefour and DIA are driving Spanish consumers’ interest in online purchasing with their movements, pending the sector leader’s movements, Mercadona, where one in every five online buyers now making purchases on the brand’s website.”