Dunnes Stores comes out on top of a growing market 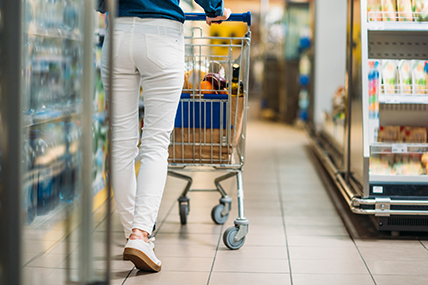 Shoppers have spent an additional â¬96 million on groceries over the latest 12 weeks compared to last year.

David Berry, director at Kantar Worldpanel, comments: “Shoppers have spent an additional €96 million on groceries over the latest 12 weeks compared to last year and two factors have led to this growth.  First, shoppers are choosing to buy slightly more expensive items and this is reflected in continued sales growth for brands. Second, customers have picked up more items during their weekly shop, with the cost of the average trip 60c more than this time last year.”

Among the retailers, Dunnes remains in pole position, capturing 23.1% of shoppers’ grocery spending.  Growth remains strong at 5.0% but this has dipped from a high of 5.7% last period.

David Berry continues: “Tesco tops the charts in terms of growth this month, with sales increasing by almost 7% and market share hitting 22.3%.  This time last year the retailer was facing a number of store closures due to strike activity and its most recent performance is reflective of this.  The strongest performance for Tesco has been among younger shoppers, with share among the young family demographic increasing from 26.5% last year to 29.3% this year.”

SuperValu sits in third position with market share of 22.0% placing it just 0.3 percentage points behind Tesco.  SuperValu continues to build performance outside of its traditional base – two areas that stand out are young families, where market share has increased by almost 2%, and Dublin, where sales have increased by 3.5%.

Lidl is the second strongest growing retailer, with an uplift in sales of 5.9%.  An increase in shopper loyalty is behind this, with shoppers returning to the store more frequently – resulting in an extra 780,000 trips for Lidl this period compared with last year.

Having previously reported a decline in sales, Aldi’s performance is back on track.  Sales have increased by 1.3% and market share stands at 10.6% – just 0.2 percentage points behind Lidl.