Consumption have not yet rebounded in Vietnam 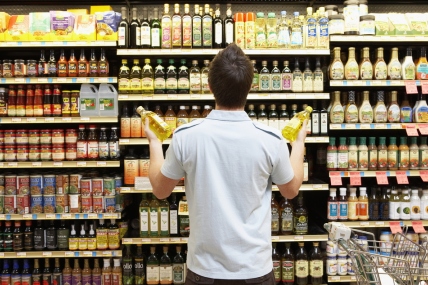 The latest FMCG Monitor report from Kantar Worldpanel published today for the 12 weeks ending June 16th 2013 shows a continued slow-down in both Urban and Rural. Though posting a higher growth than last month, the market does not show strong signs of rebound. Market growth in Urban is currently stagnant at +8%. In Rural, though achieving a slight uplift in terms of volume growth at +9%, FMCG in Rural does not show much upbeat sign in terms of value growth as it still rests at +11%. While Dairy and Beverages continue to lead the market, Packaged Foods stays flat in Rural and even shows a 3% slump in Urban.

Amid unfavoured economic conditions, Street Shop sustains its performance whereas most other key channels report a decline in growth. Noticeably, Minimarkets and Convenience Stores continue to show rapid expansion fueled by both the emerging convenience needs among Urban shoppers and the openings of new stores.

During this quarter, Kantar Worldpanel notices the rapid growth of Tonic Food Drink (Chocolate Malt Beverages) in Urban and Chilli Sauce in Rural areas. In Urban, Tonic Food Drink lifts up by 31% compared to the same period last year in terms of volume thanks to a 19% increase in household consumption and an incremental of 51,000 new household buyers. In Rural, Chilli Sauce witnesses outstanding growth at 38% by increasing household volume consumption by 9% and attracting more than 600,000 new buyers.

The Vietnam economy posts a relatively higher growth of 5% in Quarter 2, up from the revised 4.76% growth in Quarter 1, as interest rate is cut to revive lending to businesses and rising foreign investment boosts exports. “There are some signs that growth may be bottoming out,” said Deepak Mishra, the lead economist in Vietnam for the World Bank. “But it’s premature to conclude whether this is the beginning of a sustained recovery.”

According to recent observation by Kantar Worldpanel, consumption have not yet rebounded. Lower income groups in both Urban and Rural are particularly hard hit, with a decline in their average spending for total FMCG. “An effective tiering strategy can enable manufacturers to take advantage of shifting needs”, commented David Anjoubault – General Manager of Kantar Worldpanel Vietnam. “Low and middle income groups will continue to head for good deals. Therefore, proper adjustment in strategy is critical to sustain growth among these consumer groups. Meanwhile, high income consumers will continue to lead the emerging trend in health, convenience and premiumization, which suggests we need to offer the benefit they need at the price they accept to pay.”