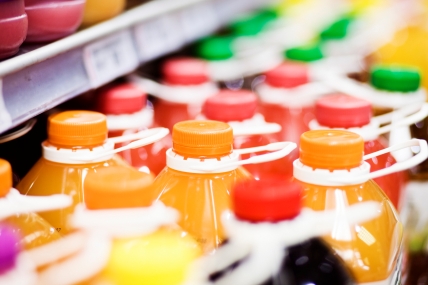 Kantar Worldpanel, the global market leader in consumer panels, reports 15% value growth for the FMCG (Fast Moving Consumer Goods) market for the latest quarter up to June 15th 2012 compared to the same period a year ago. This figure is slightly behind the annual growth rate of 16% and suggests that the slowdown of China’s economy to 7.6% in the second quarter is having an impact on the FMCG industry. This impact is particularly noticeable in China 4 key cities (Beijing, Shanghai, Guangzhou and Chengdu) where growth slowed to just 11% in the latest quarter compared to the 18% growth experienced in Q2 2011. In China’s lower tier cities, where modern trade retailers continue to attract new shoppers to the store format, growth is closer to 20%. A lower rate of inflation, now just 2.2%, is a further factor in the lower value growth for FMCG retailers.

RT-Mart suffers from competition, while Walmart still growing in lower tier cities
The two leading retail groups: the Sun Art Retail Group and Walmart have seen some significant share losses over the last quarter. This share erosion has been most noticeable in the key cities where they have faced increased competition from local chains such as Vanguard and Yonghui. Yonghui, who were virtually non-existent in the key cities one year ago, have managed to capture a 2.2% share in the top tier cities in the latest quarter. The retailer now operates 223 stores across China. This rapid expansion has not been without cost as Yonghui announced a decrease in net profit despite an estimated 45% increase in operating income in its latest trading statement.

The Sun Art Retail Group has focused its new store openings in the prefecture (or Tier 2) level cities which is RT-Mart’s heartland and here the retailer is maintaining share over the last quarter. However, in Tier 1(provincial capitals) and Tier 3 (county level) cities competition is intensifying and RT-Mart is losing share. The group will need to further expand its operations to these other cities in order to become a truly national player. Also, in 2011 the group opened 46 new stores, of which 42 were added to the RT-Mart chain and 4 to the Auchan banner. This may have accounted for the slower growth of Auchan particularly in the key cities where share fell from 5.1% to 4.6% in the last quarter.

Walmart has been the most successful foreign retailer in China in terms of market share. Its rapid expansion over the last 16 years and focus on growing their footprint within China has led the retailer to a 7.5% share in the latest year. Despite recent setbacks Walmart continues to grow in the lower tier cities where the other foreign retailers have very limited presence. Walmart’s share in county level cities is now 4.9% which has increased from 4.5% in the same quarter last year.

More than 1 in 5 Chinese families now shopping online for FMCG products
The growth of e-commerce shows no signs of slowing with 58% growth in the last quarter. The annual penetration of online FMCG shopping (which is the proportion of Chinese household who purchase from this channel) has increased from 16% to 22% and in China’s top tier cities. 1 in 3 households use this channel at least once in a year. The huge growth in e-commerce is seen across all city tiers as shoppers utilise the benefits that this channel offers such as cheaper prices, the convenience of delivery and access to brands that might not be available in their local stores. Retailers who also have an online store need to be aware of these benefits and market themselves and the products they offer accordingly.

Two online retailers which have been quick to market and very successful have been Taobao and Yihaodian. Taobao has a wide reach and we see a similar proportion of shoppers using Taobao to buy FMCG products across all city tiers, especially after the launch of Tmall Supermarket. Yihaodian, however, is much more focused in key cities but we expect to see further expansion into the lower tier cities with its expanding logistic infrastructure.

As more online stores join the market and as the number of households with internet access continues to grow this channel is set grow at a rapid pace. Manufacturers need to be able to effectively distribute their products to these online stores as well as implement successfully digital campaigns if they want to take advantage of this trend and accelerate growth within their business.