FMCG in Spain grew 1% in value before Christmas 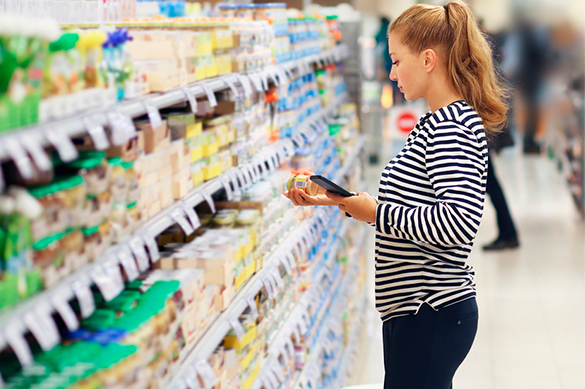 The latest data released by Kantar, the world’s leading data, insights and consulting company, reveals that between August and October 2019, FMCG in Spain grew by 1% in value. In terms of volume, the market has fallen by 1.8%, mainly due to the beverage sector which fell by 4% and fresh produce which fell by 1.9%.  Overall the Spanish have spent 1.6% more due to a combination of price increases and buying higher quality products.

“This drop in volume is the result of several factors in addition to changing demographics.  These include unusual weather at the end of the summer, the increase in out of home consumption as well as the consolidation of food delivery services in Spanish homes ” said Florencio García, Retail & Catman Sector Director in Kantar.

Mercadona and Lidl lead the growth

Mercadona maintained its position throughout 2019 with 26.1% of the market, and in this quarter it increased its share compared to last year by 0.8 points. The Spanish chain has also recently opened its tenth store in Portugual.

Carrefour takes over 8.6% of the market, earning an increased share of 0.3 % over the previous year. During 2019 it has achieved significant growth in the fresh sector, which is key to generating more store visits. “The more we go to a store to buy fresh, the products that have a higher frequency of purchase, the more we end up buying in other parts of the store. This is one of the reasons that all the chains want to strengthen this section of their stores, and without a doubt, it is key to explaining Carrefours focus and progress in 2019, ” said Florencio Garcia.

Grupo DIA lost 1.4% share during this quarter, standing at 6.1% of the market, the lowest since its separation from Carrefour. DIA does have some positive signs though, such as a penetration above 60% of Spanish households so far this year and the evolution of its DIA & Go format.

Lidl has also earnt 0.8 points in this period to stand at 5.6% of the market.

Florencio García adds: “We must include Lidl when talking about the fight for second place in the Spanish FMCG retail market. The sales of Carrefour, DIA and Lidl will reach a very similar number of Spanish homes throughout 2019. For now Carrefour has a clear advantage especially due to the larger size of its shopping baskets, but without a doubt one of the most interesting factors to observe in 2020 is how these three giants, with quite different models, are performing. ”

Eroski Group (4.8% share of value) lost 0.5% in this quarter, maintaining the trend throughout the year.  Auchan (3.5%) is at the bottom of the top six but has a stable market share, waiting for the impact of its new Mi Alcampo stores to allow it to return to constant growth. 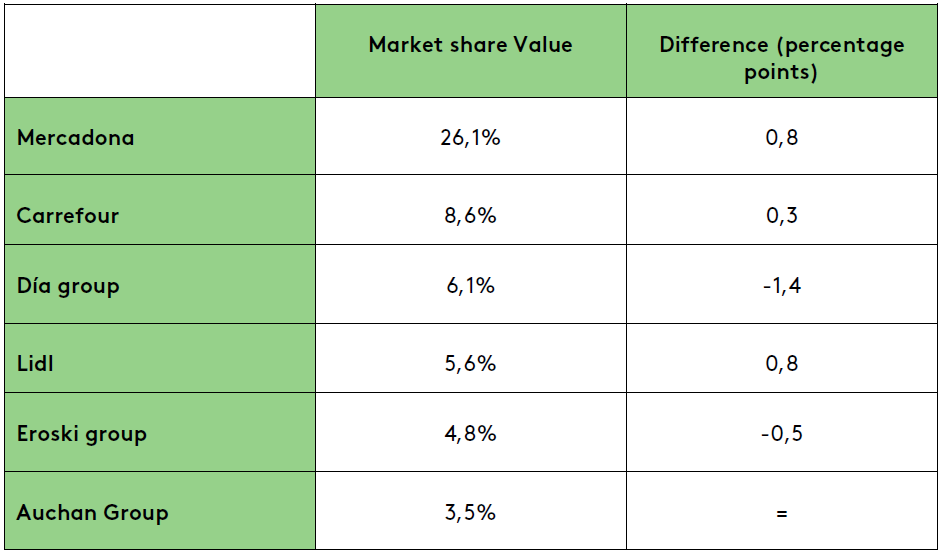 Within this context the Spanish consumer is fully immersed in Christmas shopping, one of the most important times of the year for brands and retailers in terms of consumption.

“During 2019 consumers have made practically the same purchases as in the previous year, but have focused on more valuable products.  As we know that during the holiday period consumers are willing to spend more, we anticipate that spending this Christmas will grow along the same lines as it has throughout the year and that the volume will be maintained.” said Florencio García.

Christmas sweets, cava or cider will be the most common products in the Spanish baskets, at this time of the year, as well as chocolates, preserves and alcoholic beverages. At Christmas, spending on certain products such as raw prawns and cured ham tend to increase by around 50%.