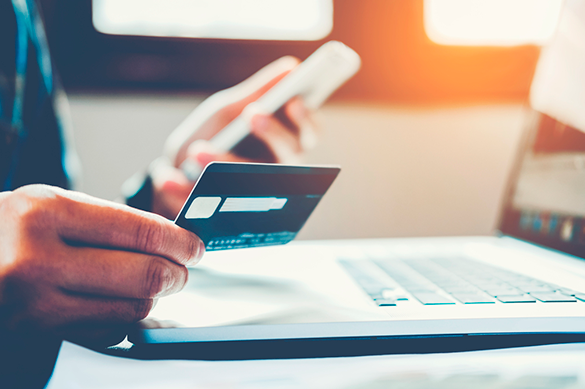 Chinese mainland remains top of the list for growth in e-commerce sales by value with a 36.1% increase and continues to accelerate. In the last six months e-commerce grew by 10 penetration points to 73% of the population (three in every four Chinese households) buying groceries online. This increase marks Chinese mainland jointly with South Korea as the most advanced countries in the world for FMCG e-commerce. 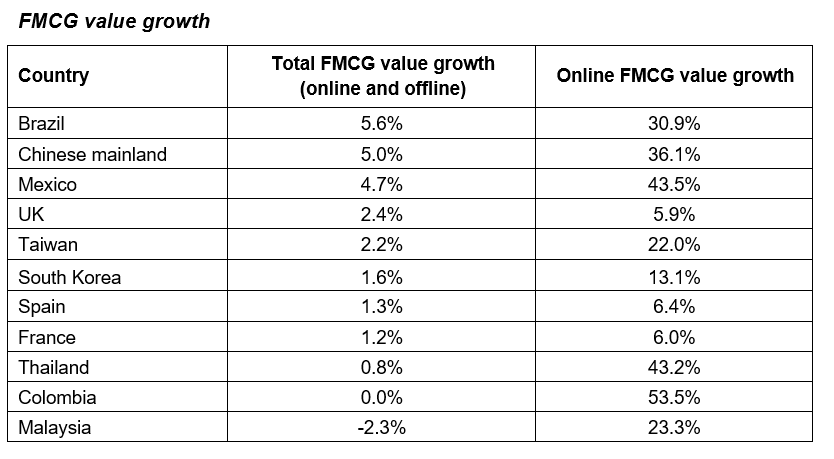 Asian economies continue leading the way in terms of online share of total sales. South Korea tops this table with an online value market share of 20.3% followed by Chinese mainland (15.2%) and Taiwan (8.7%). 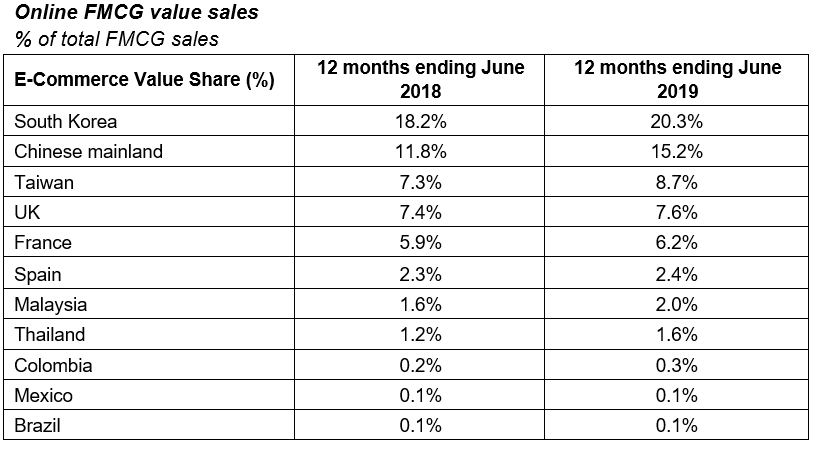 Amazon’s FMCG sales growth is slowing down in France

In Europe, the most developed grocery sales country for Amazon is the UK with 10% of the online grocery market. The UK is followed by France, where Amazon has captured a market share of 5% of total online FMCG sales.

In the last year though, the internet giant is finding it hard to maintain its growth rate in France - down to 14% from 44% a year ago. This is due to the dynamism of its competitors, especially Carrefour and Intermarché, who have opened many new pick-up points, 232 and 85 respectively, in the last year. Additionally, the development of pedestrian pick-up points in bigger urban areas is making it harder for Amazon to grow.

Amazon is still not top of mind when it comes to grocery shopping in the UK, especially for big shopping missions. Eric Batty, global e-commerce business development director, Worldpanel Division, Kantar, comments: “The main challenge for Amazon is to achieve bigger grocery baskets – this pure player is not yet appealing for stock up missions and online shoppers currently tend to have a specific shopping mission when they buy groceries in Amazon.”

Online will be the leading channel in Asia by 2025

Stéphane Roger, global shopper and retail director at Worldpanel Division, Kantar, comments: “We predict that by 2025, online grocery sales will double, meaning that 10% of global FMCG sales will happen online. The continued demand for convenience in urban areas, the integration between online and offline, the creation of new direct-to-consumer options and more technology will all help reach new targets beyond the current profile of affluent families with children.”

These findings are based on Kantar’s Worldpanel FMCG panel data for the 12 months ending June 2019. This research tracks more than 150,000 households across 21 countries that provide extensive and continuous information about their shopper behaviour.
Fresh produce is excluded from the definition of online FMCG.