FMCG in Spain stabilises in the second quarter 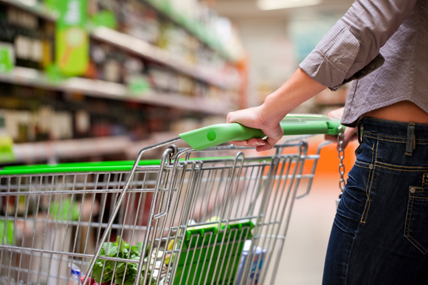 After beginning the year in the red, FMCG recorded +0.0% in value growth in the second quarter

The latest supermarket share figures from Kantar Worldpanel in Spain reveal that the FMCG sector has stabilised in the second quarter of 2016. After beginning the year in the red, FMCG recorded +0.0% in value growth in the second quarter compared to the same period in 2015*. These figures are the outcome of a +0.5% increase in the packaged market (defined as FMCG excluding fresh produce) coupled with stabilisation in fresh produce, where the value decline has been reduced to -0.5% over the second quarter.

The discounters (DIA, Lidl and Aldi) and Mercadona are still driving the market growth, although alternative packaged product options such as cash & carry and online shopping are also growing. Cash & carry retailers have successfully increased their ranges in Spain and the channel now makes up 1.1% of all household FMCG spending, the same as e-commerce.

Lidl and Grupo DIA continue to account for the bulk of growth in the share of the large retailers. The German firm preserved its 4.1% share in the second quarter of 2016, the highest market share Lidl has achieved in Spain, and it also maintained its position as the fastest growing retailer over the past two years. The Spanish group also managed to repeat its record market share of 8.9% by consolidating the development of its Clarel and La Plaza store concepts. These have been largely responsible for Group DIA’s progress in the last year.

In the second quarter of 2016, Mercadona has lost 0.2 share points compared with the second quarter of 2015. But it still maintains its solid lead at the top of Spanish grocery retail, with a 22.9% market share. The Valencian chain continues to gain ground in fresh produce, its main strategy over the last year, although its packed product share has been eroded by other retailers.

“The significant investment in retail floor area, which we have seen across the industry over recent months, increases competition as well as consumer choice”, says Florencio García, Retail & Petrol Sector Director. “As a result, consumers are continuing to choose the big retailers, but are also looking for alternatives to get the best product in each section, even when this means visiting several shops. Both Mercadona and the other large retailers need to adapt to an increasingly unfaithful and discerning shopper, who juggles a range of options when filling their basket.”

With a market share of 8.3%, Carrefour has lost 0.2 points in the second quarter of the year. The French group continues to break ground with its convenience stores, but the decline in the hypermarket channel is hampering its progress. However, as Florencio García points out, this channel “will get a major shot in the arm in the coming months when the integration of the 36 hypermarkets bought from Eroski is completed”.

In 2016, the Basque cooperative (5.8% share vs. 6.3% in 2015) is continuing to divest outside its main regions, while keeping up its numbers in Galicia and the Basque Country. Auchan, which is also revamping with the creation of “Auchan Retail”, has seen its decline soften in recent months and has managed to keep its share at 3.7%, as it was a year ago. 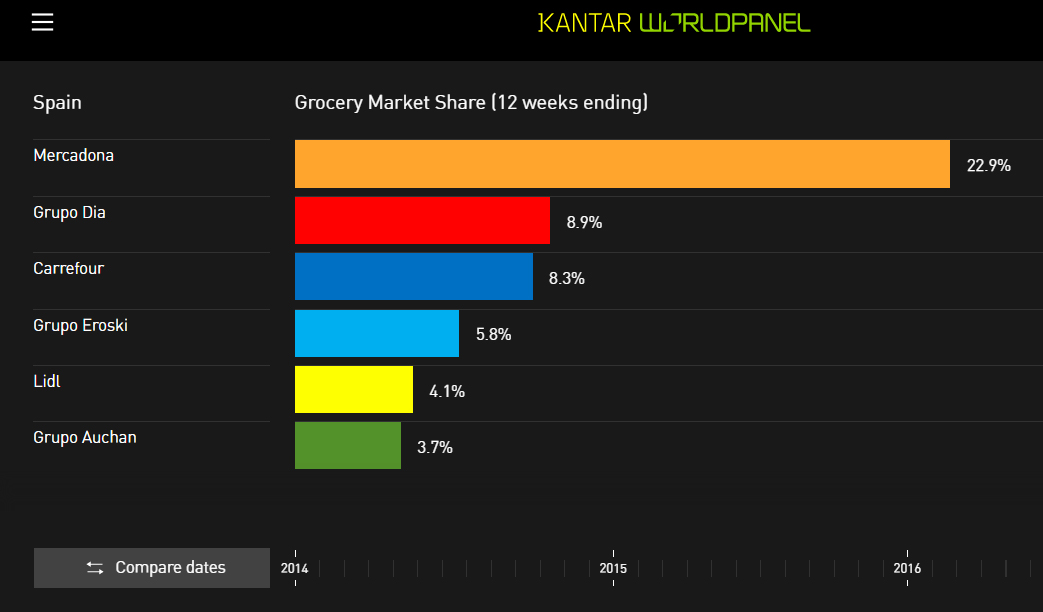