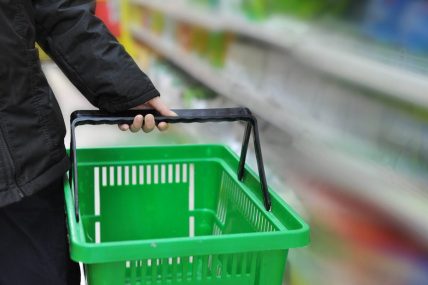 The Vietnam economy continued to face headwinds as slow reforms were clouding growth outlook. The IMF lowered its forecast for Vietnam’s growth in 2013 to 5.2% from 5.8% percent, the largest reduction, after Singapore, among ASEAN countries.

In April, the total FMCG market maintained a value growth at +8.3% in Urban and +12% in Rural compared with the same period last year. In Urban, Personal sector enjoyed the strongest growth of +15% compared with last year, mainly driven by baby care categories and added value items such as hair conditioner, facial moisturizer, deodorants, etc. In Rural, Beverages and Dairy lead the growth at +25% and 24% respectively.

Fueled by rising demand for convenience among Urban consumers, Rice Soup shone as the star among FMCG categories with a remarkable 61% increase in volume compared with the same quarter last year. In Rural, Beer was the most outstanding category among the leading Beverages with 49% uplift in volume consumption.

Influenced by an overall slow-down in FMCG market, most key channels in Urban and Rural witnessed a moderate growth compared to the same period last year, especially Modern Trade, which even shrank in value. Continued economic downturn was making Vietnamese shoppers become more prudent. They were demanding greater value for money as they turned to Private Label products for better price offers. Though representing only 3% in Modern Trade, Private Labels were going mass throughout the recent years, reaching two fifths of Urban families. Beside heading for value-for-money options, shoppers also found Hyper/Supermarket less appealing as fewer switching occasions from Street Shop to Hyper/Supermarket were observed among Urban consumers. Apparently, amid unfavoured economic conditions, price barriers might hinder consumers from shopping in Hyper/Supermarkets. According to Lifestyle Survey conducted by Kantar Worldpanel by end of 2012, “Hyper/Supermarkets are more expensive than traditional trade” was a common concept among 55% urban consumers while this figure only counted to 50% in 2011.

“In order to sustain growth during hard times, FMCG companies should put “value for money” at the heart of their communication and offer to Vietnamese consumers”, David Anjoubault – General Manager of Kantar Worldpanel Vietnam – commented. “For manufacturers, this does not simply mean focusing on cheap prices and discounts, but more about highlighting the value equation of the product offer and justifying the price with appropriate benefit level. For retailers, comfortable shopping experience and good deals would help build their values in shopper perception.”