Food price inflation falls to lowest level for a year 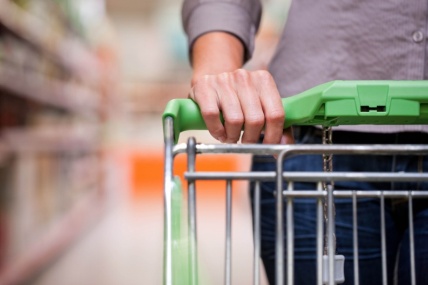 Relief for shoppers in the run up to busy Christmas period

The latest supermarket share figures from Kantar Worldpanel in Ireland, published today for the 12 weeks ending 10 November, show a welcome boost for shoppers with price inflation dropping to 2.9%. Having remained above 4.0% for the past 12 months, peaking in January at 6.4%, the drop in inflation is good news for shoppers in the build up to Christmas.

David Berry, commercial director at Kantar Worldpanel, explains: “Fresh food has been the main driver of price inflation over the past year and this has now started to recede, for example vegetables are now cheaper on average than they were last year. This drop in price inflation has caused the value of the grocery market to slip into year on year decline, following six months of sales growth as consumers continue to focus on value and savvy shopping.

“One area which continues to experience significant inflationary pressure is alcoholic drinks. Increased duty on alcohol as part of the October budget has affected wine in particular, where the average price has increased by 16%. As a result, 51,000 fewer shoppers have put wine in their baskets; while those who continue to buy have cut back by almost one bottle over the past 12 weeks.”

Among the retailers Tesco has seen a 6.0% drop in sales leading to its share of the market dropping from 28.0% to 26.5%. David continues: “Dunnes performed ahead of the market for the third successive month, and has grown its market share from 23.0% to 23.6%. SuperValu’s share of the market has increased slightly with sales remaining in line with last year. Discounter Aldi continues to set the pace; however this is the first time its year on year growth has dipped below 20% since April 2012, highlighting stiff competition in the grocery market.”