From followers to leaders 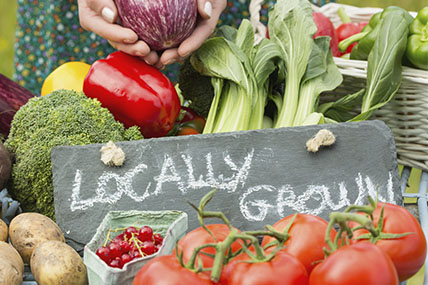 Six strategies behind the growing success of Local Brands in Latam

Over the past few years we have seen a shift in the way local players do business. Technology has achieved easy access to information, and companies around the world have been taking advantage of it. Ten years ago, most local players were followers of the big global enterprises: the lack of huge marketing and NPD budgets meant that all they could do was to replicate, at a lower price index (and in most cases at a lower quality). But today these local players have become more sophisticated and, in many cases, they are now at the forefront of FMCG.

How did they do it? Here we explore six concepts that go from basic marketing strategies to adapting to global trends. Considering that one in every two dollars spent in FMCG in Latam goes to local players, it is safe to say that local players are on course to become a global success.

Adapting global trends to local customs: If someone told you that a rice brand was one of 2016’s most disruptive brands in Argentina, would you be a bit sceptical? Well, Molinos – the long established food company - chose Gallo, one of the country’s most traditional rice brands, to expand into the new category of healthy snacking. It combined three concepts that seemed impossible to put together: rice + snacking + low calories. Both versions of Gallo snacks (salty and sweet) rose faster than a spaceship. They were consumed by 11% of Argentinian households in a single year, despite the cost being through the roof for the average consumer: for the same money you pay for a pack of 100grs of Gallo snacks, you can buy two kgs of low tier rice. It just shows that having only 99 calories is priceless! This was Molinos' second big move in the world of record-breaking snacks. A few years before the company had acquired the product that started healthy snacking in the first place: Choco Arroz. This snack combined rice with chocolate and a very Argentinian touch of Dulce de Leche.

Controlling the value chain: Local Peruvian flour brand, Anita Food, found success by innovating food production. In 2003, the brand developed its own wheat seed that not only suited the country’s climate, but also improved on offerings already in the market. The ‘Anita T.4 seed’ was certified and heralded as one of the best six Peruvian seeds, and later gained recognition from the Ministry of Agriculture. The company has since expanded rapidly across other geographies and categories, introducing pasta and cookie ranges. The move has payed off as half of Peruvian families now buy Anita at least twice a month. Another source of Anita’s success? A very specific and clear strategy focused on traditional trade. Its marketing activity has focused on POS, rather than investing massive media spend, and has been centralized in certain parts of Lima.

Connecting with different targets: Boticario, the Brazilian beauty giant, is present in one third of households in the country - 17 million households, even more than the total number of households in Spain!-. It stands out with its refreshing voice which talks to people that often are not represented in the mainstream. By including the so-called 'new targets' in the centre of its main campaigns it has produced heart-warming stories of step-dads on Fathers' day, divorced couples at Christmas and same sex couples celebrating love on Valentine's Day. The brand’s main achievement comes from being constant in its inclusion and broader communication, and doing it repeatedly. This has attracted new buyers who are happy to pay more than the average price (average price index of Boticario is 150).

Operating in natural segments and exploring new geographies: During the last couple of years, different companies have explored the concept of ‘Naturals’ and it has now become a global and growing trend. Twelve years ago, Quala Colombia, a manufacturer with more than two decades of market experience, entered the personal care industry launching the shampoo Savital. The new brand was based on Sabila (Aloe Vera) and focused on the benefits of all-natural ingredients. It offered innovative packs formats, specifically sachets, at a low price. Savital quickly gained recognition as the shampoo of choice for Colombian families, 58% of households chose it in 2016. It now has an extended range of products and is achieving success in other countries such as Ecuador and Mexico. The brand also tapped into local family values and it has proved a winning concept: its advertising campaigns featured mothers passing on beauty advice to their young daughters.

Ability to connect sustainability with consumer benefits: Industrias Alen was born in Monterrey, Mexico more than 50 years ago and has earned a place at the top of the home care ranking, It now reaches 80% of Mexican households through brands like Pinol and Cloralex. What is special about Alen? The commitment with sustainability that goes beyond its mission and vision. It has a sustainability committee that sets clear goals each year, which range from sustainable packs to national regulation and promoting recycling. Another notable achievement for Alen is the link they made between sustainability and the notion of ‘Naturally’, which is something that other players around the world do (and that connects in most consumers’ minds). Alen’s Ensueño is the first fabric softener in the market that is vegetable based, saves water by low foam production and has packs that are made from 100% renewable material.

"Nationalization" and proud of being local: Quite often consumers feel that local brands better understand and respond to a country’s interests and rich culture. Manaos, the carbonated soft drinks company, is such an example: with low prices, high investment on media and a similar range to the global leader. In only three years it has doubled its base of buyers, reaching 20% of households in 2015. What makes Manaos' special? The brand takes pride in being Argentinian and reaching every corner of the country. The best example of this is the TV spot that went viral where the brand "took Manaos to Islas Malvinas", with the concept of restarting the dialogue around a sensitive topic. This not only put the brand in the spotlight, but also gained a position as a national and 'popular' brand.

This is just a short list of local brands that manage to be Different, Salient and Meaningful in their own way. What unites them is that they are acting as leaders, not followers, while reaching different types of audiences. But are these concepts only achievable if you are local? We believe that the answer is no. These examples do, however, demonstrate that being local allows you to be closer to your audiences and to move quickly, adapt and become more relatable.