Game boosted by PS4 and Xbox One launches in the UK 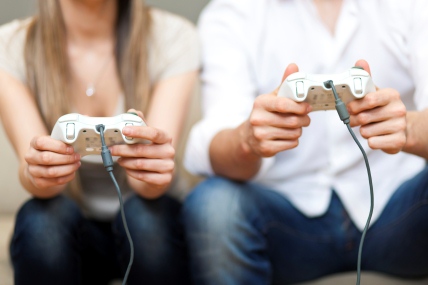 The latest data from Kantar Worldpanel, for the 12 weeks ending 22 December 2013, shows that the successful PS4 and Xbox One launches helped boost Game’s share of the entertainment market with its existing customers spending £9m more this Christmas on popular Next Gen games titles such as FIFA 14 and Call of Duty: Ghosts.

Fiona Keenan, strategic insight director at Kantar Worldpanel, explains: “Game did particularly well following the launch of the new Next Gen consoles, claiming 30% of PS4 and Xbox One games sales and gaining £10m from winning shoppers from other retailers.
Over £4m of this was taken from the supermarkets which didn’t perform as strongly in Next Gen games sales despite achieving a high share in the overall games market. This is a clear sign that consumers still require advice and support when shopping for technical products and retailers should try to make the most of this opportunity.

“The release of new consoles in the games market has really boosted software sales in a period where music and video are suffering; the video games market is relatively stable, down by only 2% year-on-year, while video and music have suffered heavy annual declines of 22% and 16% respectively.”

Elsewhere, Amazon posted its highest ever market share and now holds over a quarter of the market (26.3%) – a 5.9 percentage point growth compared with the same period last year.

Fiona continues: “Amazon traditionally performs strongly in gifting at Christmas and this year was no exception. Almost a third of all entertainment gifts purchased in the final quarter of 2013 were bought from the retailer and this drove its market share to increase across all categories.”

The gifting season also benefitted HMV which, despite heavy year-on-year losses, managed to increase slightly when compared with last quarter. Like Amazon, HMV is popular among shoppers buying gifts and accounted for just over one in six entertainment presents bought in quarter four.

Video remained the most gifted entertainment product with family titles doing particularly well – Despicable Me 2 was the most popular gift, followed by Monster’s University and then the much hyped Breaking Bad.