A Christmas boost for SuperValu in Ireland 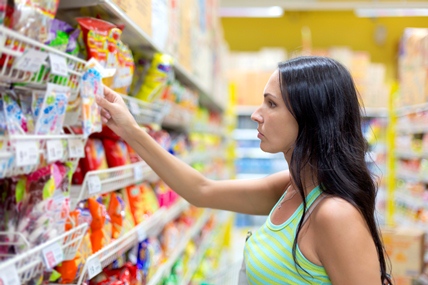 The discount retailers Aldi and Lidl were the other big winners, with both enjoying double-digit growth in the final 12 weeks of the year

The latest supermarket share figures from Kantar Worldpanel in Ireland, published today for the 12 weeks ending 5 January, show SuperValu and the discounters as the big winners this Christmas.

David Berry, commercial director at Kantar Worldpanel, explains: “Christmas was a bumper season for SuperValu as it attracted 43,000 more households to come and shop over the holidays. This helped the retailer post market-beating sales growth of 1.3% and edged its market share above 20% for the first time since October 2009. Alcoholic drinks are an important part of the Christmas shop and SuperValu has grown its take home sales by 10% in this category, which has helped it perform ahead of the market.”

The discount retailers Aldi and Lidl were the other big winners, with both enjoying double-digit growth in the final 12 weeks of the year. The German retailers’ December voucher campaigns in the Sunday newspapers look to have had a positive impact, with the average shop growing by more than €2 in each store.

David continues: “While Tesco still maintains a clear lead at the top it has lost ground, with its market share falling from 27.8% last year to 26.2% now. The sales decline is beginning to show signs of slowing, which is welcome news for Tesco, with a slight improvement from -6.5% in October to -6.2%. Dunnes’ sales dropped by 0.9% compared with last year, resulting in a slight dip in market share to 23.9% following four months of positive sales growth for the retailer.”

Price inflation has dropped from 3.4% last month to 2.9%, helped by the pre-Christmas ‘vegetable wars’ seen in a number of retailers. The price of vegetables dropped considerably, with shoppers buying 4% more compared with last Christmas, despite spending 10% less.