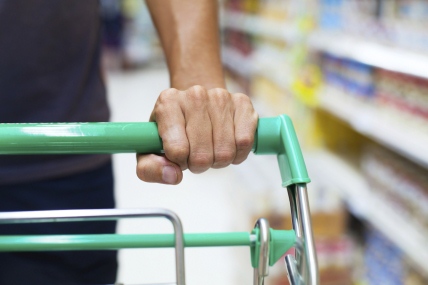 The latest supermarket share figures from Kantar Worldpanel in Ireland, published today for the 12 weeks ending 25 May, show the Irish grocery market continuing its recent return to growth. Among the large retailers Dunnes has recorded the strongest sales performance, while Aldi and Lidl continue to grow market share.

David Berry, commercial director at Kantar Worldpanel, explains: “A gradual increase in the cost of food and drink has helped push price inflation to 2.6%, a record for 2014, which has increased the amount shoppers are spending at the tills and has kept the grocery market in growth.

“Dunnes is the only one of the big three retailers to grow its sales this period, albeit by a relatively modest 0.7%. Its clear strategy of offering ‘round euro’ promotional offers is appealing strongly to price-conscious consumers. Some 30% of Dunnes’ in-store sales are now sold on a round euro deal – up from just over 20% a year ago.”

Aldi and Lidl have both maintained their impressive double digit growth at 21.6% and 13.2% respectively. Aldi’s record share of 8.0% is held from last month while Lidl has reached a new record high of 7.9%.

David continues: “SuperValu’s sales remain in line with last year, with a slight dip in market share from 25.2% to 24.8%. Tesco continues to perform behind its main competitors, but the retailer’s sales have improved since the decline of almost 7% seen at the end of 2013. Interestingly, both retailers have succeeded in recruiting new shoppers this month. SuperValu has gained 32,000 additional shoppers and in so doing has recorded a seventh consecutive month of footfall growth. Tesco’s additional 12,000 customers is more modest, but the trend over the past year has been one of losing shoppers, so this is a welcome change for the retailer.”