Return to growth for the grocery market in Ireland 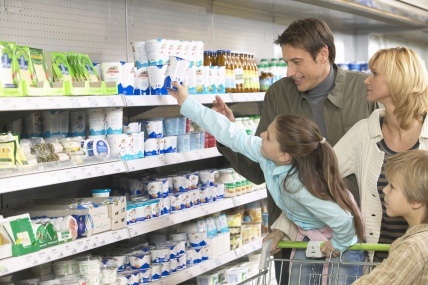 During the recession shoppers turned to âlittle and oftenâ shopping to reduce their spending, but this trend is now showing signs of reversing

The latest supermarket share figures from Kantar Worldpanel in Ireland, published today for the 12 weeks ending 27 April, show the Irish grocery market returning to growth for the first time in six months.

David Berry, commercial director at Kantar Worldpanel, explains: “During the recession shoppers turned to ‘little and often’ shopping to control their spending, but this trend is now showing signs of reversing. The latest figures show consumers making slightly fewer shopping trips but buying more groceries each time. This means bigger baskets and an increase overall of the volume of goods purchased, which has provided an €18 million boost in grocery sales in this 12 week period.

“Aldi continues to be the strongest performing retailer, with a 22% increase in sales lifting its share of the market to a new record level of 8.0%. The reason for its success is in line with the overall market, with shoppers buying more items and spending more each time they visit an Aldi store. Lidl has also posted double digit sales growth, boosting its market share from 6.9% last year to 7.6%.”

SuperValu is the only other retailer to have grown sales this period, having attracted an additional 18,000 shoppers through its doors this year. While Tesco’s performance remains behind the market, there are signs that this is beginning to stabilise with a 4.2% decline in sales – the lowest fall since July 2013. Dunnes has convinced its shoppers to increase spending this year, but it must reverse its loss of shoppers to the other grocers in order to overturn a 1.3% drop in sales this period.