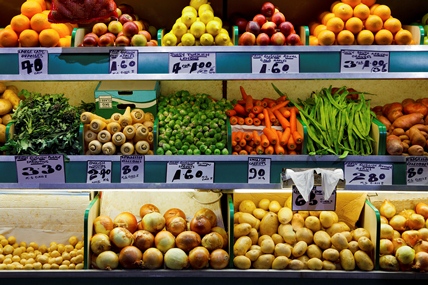 Fierce price competition among the retailers in the run up to Christmas has led to a reduction in the level of price inflation.

The latest supermarket share figures from Kantar Worldpanel in Ireland, published today for the 12 weeks ending 7 December, show that the fierce price competition among the retailers in the run up to Christmas has led to a reduction in the level of price inflation.

David Berry, commercial director at Kantar Worldpanel, explains: “In a bid to emerge victorious over the all-important Christmas period, competitive pricing among the retailers has led to inflation dropping to just 1.9%. Shoppers are reaping the benefits, with staple items such as vegetables, eggs and bread costing less this year compared with last – meaning savings on Christmas dinner purchases.”

The battle for market share remains hotly contested as the top thee retailers continue to be separated by just 1.5%. Despite a 3% dip in sales, Tesco remains Ireland’s leading supermarket, benefiting from a slight increase in footfall to their stores of 18,000 shoppers. The challenge now facing the retailer is encouraging shoppers to buy more at the tills. Hot on Tesco’s heels, SuperValu, which holds 24.5% market share, has experienced a slight up lift in sales thanks to expanding its customer base by 42,000, the majority drawn from its strong base in provinces like Munster and Connaught. For only the second time since returning to growth in May, Dunnes Stores has experienced a drop in sales, with the retailer’s market share standing at 23.5%.

Elsewhere in the market, Lidl and Aldi continue to post impressive sales, reporting growth of 16.6% and 13.1% respectively. The two retailers now hold a combined market share of 16.2%. David comments: “Lidl and Aldi have each enjoyed strong sales growth throughout 2014. It seems likely that they will maintain this streak over the festive period, which will top off what has been a stellar year for the German retailers.”