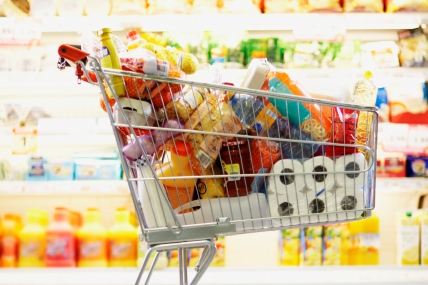 Aldi and Lidl both continue to enjoy strong growth, with shares in the market growing by 14.3% and 14.9% respectively over the past year.

The latest supermarket share figures from Kantar Worldpanel in Ireland, published today for the 12 weeks ending 12 October, show SuperValu to be the only major multiple grocer to be in growth other than the discount retailers. It also highlights a continued strong performance from Aldi and Lidl, as the two reach a combined market share record of 16.5%.

Georgieann Harrington, Consumer Insight Director at Kantar Worldpanel, explains: “While SuperValu’s growth has been moderate, its performance has been consistent. It continues to perform well through ‘top up’ shops and smaller convenience trips, and the acquisition of Superquinn has given it an improved balance of store locations across the country, with 223 outlets to choose from and a vastly increased presence in Dublin.”

Aldi and Lidl both continue to enjoy strong growth, with shares in the market growing by 14.3% and 14.9% respectively over the past year. Aldi has successfully attracted more shoppers through its doors and is increasing its share of baskets between €50 and €100, as consumers pick up a wider range of product lines and do their entire weekly shop with the retailer. Meanwhile Lidl has seen shoppers increase their average spend by €18 in the 12 weeks to 12 October, while also visiting the store more often.

After posting five months of consecutive growth, Dunnes has seen a slight reduction in sales of 0.4%. Average spend has fallen by almost €7, which has been a significant factor in its recent performance. Yet despite losing sales, the retailer has captured a larger share of the market as its main rival Tesco continues to drop back. Dunnes’ current market share of 22.7% is its highest since February of this year, and it has made moderate gains with shopper numbers, attracting an extra 13,000 shoppers into its stores. Meanwhile its share in the ‘big shop’ (baskets over €100) is the highest among all retailers, at 37.2%.

In a similar story to the UK, Tesco Ireland has seen less share loss than in recent months, posting a sales decline of 4.6%. However, customers are continuing to increase the number of trips they make to Tesco stores, meaning that if the retailer can persuade shoppers to add to their in-store spend, it could be turning a corner in terms of performance. 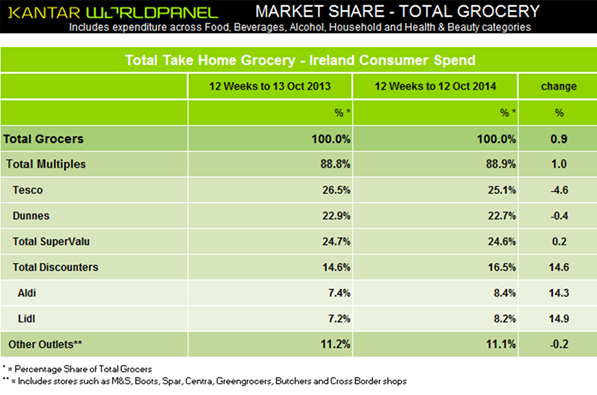