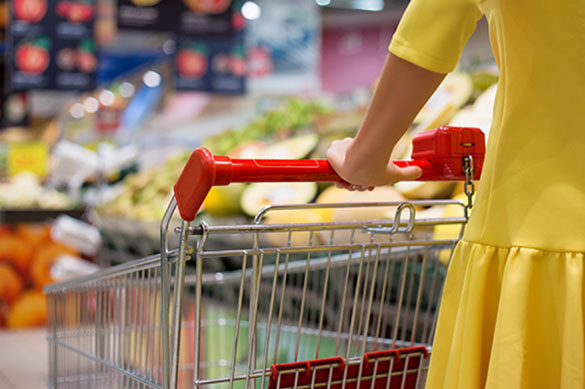 Kantar Worldpanel reveals that the fast-moving consumer goods (FMCG) and self-service fresh produce markets in France decreased by 1.2% in 2018, which is the same as during the 2008 financial crisis. Only a third of categories are growing, compared to half in 2015.

All households are in decline, with the exception of single-person households, young people and pensioners. Consumption has decreased in general but in some cases specific meals are being skipped and there is less entertaining at home. Conversely there is an increase in prepared food deliveries, driven by new apps which make it easy to order and pay online.

In this challenging environment where innovation isn’t cutting through and promotions aren’t even a priority for 68% of shoppers, we look at where brands can find growth.

The level of trust in brands and institutions is low and this sentiment is translating into shopper behaviour. Although small brands are holding their own, 56% of people mistrust mass retailing, these trust levels have been in decline for the last decade.

Brand responsibility often used to be linked to the environment but this has now gone further and people aren’t only buying the product, they are buying what the brand stands for as well.

A large majority of French people want to consume “more responsibly” and 80% of them are concerned about food safety. This is a 14-point increase in six months and people are prepared to pay more for better products. Brands need to reassure eager shoppers in this area in order to be successful.

With a focus on health, almost 20% of people now use apps to help understand the nutritional content of the food that they choose. Over three-quarters of the users believe that this has changed how they shop.

1. Plant-based: Driven by health concerns, the number of products available is expanding and has grown in value by a third.

2. Sourcing: The origin of the product, its traceability and history have become important parts of the purchase decision for 31% of households.

3. Clean: This trend responds to the consumers’ desire to do away with suspicious ingredients.

4. “Do it yourself”: Around 80% of French people are now making things from scratch rather than risk additives. For 17% of households this has now expanded into healthcare and beauty products as well as food.

5. Organic: This covers both health and environmental concerns. Until recently it was focused on organic food but it has now expanded into ecological products as well. This often results in choosing local and is part of the reason for the strong growth of the Grand Frais brand which his up 13% in value, 16% of customer households now shop there.

Traditionally the main outlet, and still the biggest overall, the hypermarket format in France is in decline. This is largely due to the fact that it doesn’t meet the expectations of younger shoppers.

Shoppers now move between a wider range of retailers when buying food and drink, an average of 7.8 different retailers in 2018 compared to 7.1 a decade ago. The formats which are most successful are those in line with current trends including smaller local stores, online or click and collect. Discounters like Action meet the consumer need for value while brands like Grand Frais provide advice and reassurance.

A review of behaviours in November 2018, a period when FMCG spending tipped into the red, revealed that all physical stores suffered a drop of 0.4%. At the same time there was a very clear strengthening of orders placed via the Internet (market share +0.4pt at 6.4%) and in the hard-discount circuit (market share +0.2pt at 11.5%).

The difficulties of accessing physical shops have diverted shoppers towards e-commerce, and a challenging financial environment has no doubt made those shops that are perceived as being least expensive more attractive.

Spending in click and collects increased by +8.8% in November while spending in hypermarkets simultaneously dropped by -0.6%. These developments reveal the structural difficulties that the larger shops face in a turbulent social context and as the competitive environment hardens.

Even in the most challenging of markets there can be room to grow, but brands need to work hard to understand the trends and work out how they can speak to them in a way that the consumer will respond to.