Huawei and Xiaomi near 34m customers in western Europe 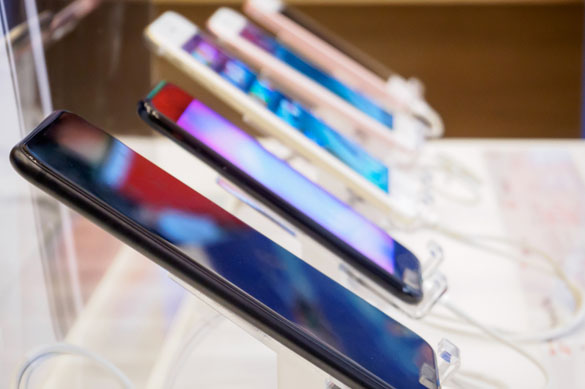 The latest smartphone OS data from Kantar Worldpanel Comtech for the three months ending December 2018 shows Android accounted for more than three-quarters of all smartphone sales across the five major European markets, thanks to increased penetration for Chinese operators Huawei and Xiaomi. iOS still registered the vast majority of the remaining quarter of sales, despite an OS share fall of 1.3 percentage points.

Dominic Sunnebo, Global Director for Kantar Worldpanel ComTech comments: “The European smartphone market remains highly competitive. Despite recent negative headlines for the Chinese manufacturers, there’s no evidence that these issues have affected sales as Huawei, Honor and Xiaomi continue their concerted push into western Europe. Samsung and Apple still performed admirably, with disruption limited to only a marginal loss of market share.”

Xiaomi is now the fourth best-selling smartphone brand in Europe, with nearly six million active owners. The manufacturer is continuing to expand rapidly in Spain and, more recently, in Italy and France as well. Dominic Sunnebo comments: “Having only launched in the UK in November last year, Xiaomi’s presence in Great Britain is still small, but with new products already going on sale in January we expect further growth in 2019. The Chinese manufacturer has found success so far with a competitive pricing strategy which places its most expensive flagship model at around £500. This appeals to users who are looking for premium quality but are not willing or able to splash out the best part of a four-figure sum.”

“While Samsung and Apple are still doing well in Europe, the impact these Chinese giants are having on the market is causing headaches for the smaller operators. Sony, LG and Wiko are being disproportionally impacted because of their historic stakes in the ultra-competitive low and mid-price tiers. To keep up in this landscape, these brands should take heed from their competitors when it comes to marketing. Xiaomi has a legacy of shunning traditional media in favour of community-driven social campaigns – which goes to show that greater marketing spend doesn’t always generate a bigger buzz.”

In the US, Apple’s share of the OS market edged up half a percentage point to 43.7%, with Android flat at 56.0%. Dominic Sunnebo continues: “The top three brands – Apple, Samsung and LG – have all seen handset share growth over the year, while ZTE dipped to 1.6% in the latest quarter. Apple’s newly released iPhone XS Max and iPhone XR were the best-selling models stateside, with 6.7% and 6.1% share respectively, while its 2017 flagship iPhone X completed the top three, with 5.6% share.”

In urban China, Huawei put in a stellar performance in the latest period as its market share hit a record 26.9%, up from 16.5% a year ago. As a result, all other major players in the area saw shares flat or in decline. The Honor 8X was the top selling model, and Huawei or Honor models made up six out of the top ten best-selling products. The large-screen iPhone XS Max was the fourth best-selling model in the quarter, further evidence that size matters when it comes to capturing sales in China. Prices between native Chinese brands and global players like Apple continue to widen; average handset costs are down by 5% this period to ¥3,028 ($444 or £341).