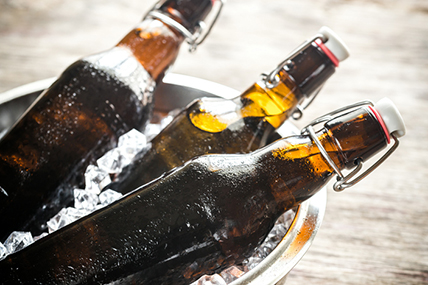 42.4% of Irish households bought lager at least once in the past 12 weeks

The latest grocery market share figures from Kantar Worldpanel, published today for the 12 weeks ending 15 July 2018, show sales soaring by 3.1% in the midst of the recent summer heatwave. Two of the big winners have been bottled water and lager, which have seen take home sales growth of 27.3% and 11.6% respectively, buoyed by the hot weather and the World Cup.

Douglas Faughnan, consumer insight director at Kantar Worldpanel, comments: “A number of things may have influenced the surge of bottled water sales in Ireland – in particular the recent weather, speculation surrounding water shortages and this month’s hosepipe ban. Irish shoppers bought bottled water on 1.8 million more occasions in the latest 12 weeks compared to the same period last year, helping sales grow by over a quarter. Furthermore a Europe-wide shortage of CO2 may have stifled sales of carbonated water, which grew at a third of the rate of still water, with retailers and manufacturers shifting their focus to stills where necessary.”

With International Beer Day still to come on 3 August, there is already good news for brewers in Ireland, as Douglas Faughnan explains: “This period saw overall sales of take home lager up 11.6%, or the equivalent of an additional 7 million pints, on the same period last year, as shopper numbers increased and consumers bought greater quantities than usual.While the hot weather will have provided a welcome boost to overall lager sales, so too will the recent World Cup in Russia. Despite Ireland’s association with stout, it is lager that is actually leading the way – 42.4% of households bought lager at least once in the past 12 weeks, as shoppers took advantage of the sun and the football.”

Tesco’s strong performance has continued through the first half of the summer. It was the only retailer to increase its market share this period, now accounting for 22.5% of grocery sales in Ireland. With shopper numbers continuing to fall across most retailers, in-store marketing activity plays an increasingly important role in driving spend from existing shoppers. Tesco’s extensive Grillin’ and Chillin’ campaign saw it make a big push on key barbecue items, and products like ice cream, chilled poultry and chilled burgers all performed strongly, resulting in shoppers putting an average of 4.7% more items in their baskets on each trip.

SuperValu has achieved its strongest performance since October 2016, with overall sales up 2.6%. The retailer traditionally performs well in summer categories as its store network is well catered to shoppers making more frequent top up shops during the key barbecue season. This year has been no exception, with chilled burgers, fresh fish, and fresh lamb all recording double-digit sales growth.

Dunnes Stores now accounts for 21.2% of grocery sales in Ireland, thanks to sales growth of 1.9% this period. The average Dunnes basket now features 20 items, a 5.7% increase compared to the previous 12 weeks and more than any other retailer.

Meanwhile, Lidl and Aldi now account for 11.9% and 11.5% of the market respectively, with both posting sales growth in the most recent 12 weeks. Aldi was the only retailer to see a slight rise in shopper numbers this period, with the impact of its current Swap & Save campaign potentially contributing to increased shopper penetration.