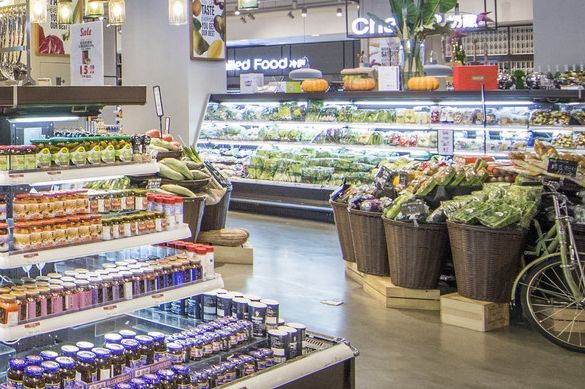 The first half of 2018 was a period of slower overall growth for the Chinese fast-moving consumer goods (FMCG) industry following a strong recovery in the second half of 2017. Urban shoppers total spending grew by only 3.3 percent during this time for several reasons, including a decline in gifting during the 2018 Chinese New Year and pre-load year end purchases. However, the 3.3% growth rate was much higher than the 2% growth observed between the first half of 2016 and the first half of 2017, confirming the recovery observed in H2 2017. In a trend that Kantar Worldpanel and Bain have tracked for six years, the sales performance reflects China’s two-speed growth trajectory, with personal and home care growing at a much faster rate than food and beverage.

These are some of the key updates on the China’s FMCG industry from volume two of Kantar Worldpanel and Bain & Company’s latest annual China shopper report, Local insurgents shake up China’s “two-speed” market, released today. The report mostly highlights the increasing presence of local insurgent brands, which gained share from local and foreign brands alike.

“We are seeing local insurgent brands continue to grow in China, and it demonstrates just how unique and fascinating the landscape is, as well as how challenging it is to navigate effectively,” said Jason Yu, Managing Director of Kantar Worldpanel Greater China and co-author of the report.

This year’s report identified and investigated the performance of 46 local FMCG insurgent brands, with the following characteristics:

It’s important to remember how dynamic the market is.  Kantar Worldpanel-Bain likens it to a revolving door, with many brands continually coming and going. For example, the Kantar Worldpanel-Bain report identified 276 individual brands of skin care in 2013. Four years later, 27 percent of those brands were no longer in the market or had negligible market presence. However, some insurgent brands still proved that it has been possible to sustain high growth relatively consistently in the past five years – a long time in China’s swiftly changing market – and, in some cases, challenge the market leadership position.

“We are seeing the continued growth and strengthening of local insurgent brands, taking market share from global and local brands,” said Bruno Lannes, a partner in Bain’s Greater China Consumer Products practice and co-author of the report. “These insurgents demonstrate an entrepreneurial mission, Chinese consumers’ focused innovations, and more speed and agile operating models, which are giving them an advantage in this ever changing market. If foreign brands want to compete, they need to adopt a more distinctly Chinese insurgent approach.”

Specifically, incumbents can battle back against insurgent newcomers by adopting a 3D approach:

“Having proprietary insights on the uniqueness of Chinese consumers and  the China market is one of the most important tools that brands have at their disposal to connect with local consumers,” said Derek Deng, a partner in Bain’s Greater China Consumer Products practice and co-author of the report. “Understanding how and why these local insurgent brands are disrupting this market, is only one part of the battle. Foreign firms will need to plan out their strategy effectively, in order to both survive and win.”

As in each of the past six years, Kantar Worldpanel and Bain studied 106 FMCG categories purchased for home consumption in China, conducting a deep analysis of the key 26 categories that span the four largest consumer goods sectors: packaged food, beverages, personal care and home care.

Download the report through the link in the right.