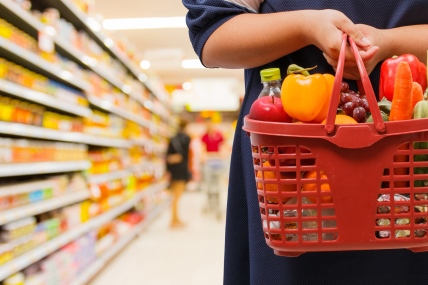 The latest grocery market share figures from Kantar Worldpanel in Ireland, published today for the 12 weeks ending 18 June 2017, show the highest market growth since January 2017. The latest figures reflect the impact of Easter on consumers and retailers alike, with the holiday falling outside of the comparable time period in 2016.

Cora Campbell, consumer insight director at Kantar Worldpanel, explains, “The grocery sector grew by €80 million over the past 12 weeks – that’s a 3.5% increase on the year before. While average pack prices are down, shoppers are choosing to take advantage of this recent period of deflation by adding more items to their baskets per trip, driving the market’s overall growth.

“In the face of continuing competition the major retailers’ investment in developing and improving their own brand lines is paying off. Overall sales of private label goods are up by 4.2% and they now account for 54% of grocery spend – the highest proportion since March this year.”

Among the retailers, SuperValu’s lead over Tesco has narrowed to 0.2 percentage points. Cora Campbell continues, “On average SuperValu’s shoppers are spending an extra €0.60 each time they shop with the retailer and while this may not seem like much, it’s been enough to contribute to an increase in overall sales of 2.5%.

“SuperValu can’t remain complacent. Second place retailer Tesco is growing ahead of the market, at 3.8%, and has closed the gap in share between itself and SuperValu to just 0.2 percentage points. With the battle for the top spot hotly contested over recent years and only 0.7 percentage points separating the top three retailers, there can’t be any guarantees that you’ll stay in position.”

Despite a drop in shopper numbers Dunnes Stores remains the strongest growing retailer, increasing value sales by 4.5%. Existing customers are shopping more often and spending an additional 10% on average while they’re at it, increasing their average spend in the retailer by €44.50 in the latest 12 week period.

Cora Campbell continues, “Lidl and Aldi have both enjoyed a strong performance over the past 12 weeks, holding market share at 11.7% and 11.2% respectively. Lidl’s growth accelerated to 3.3% while Aldi was just ahead at 3.7%.”