Irish shoppers splash out at Easter 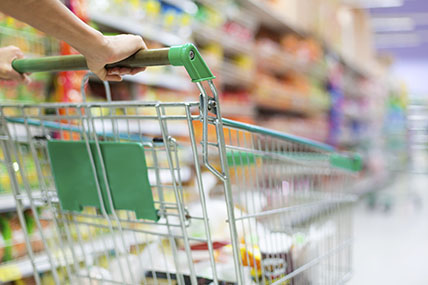 The latest grocery market share figures from Kantar Worldpanel in Ireland, published today for the 12 weeks ending 23 April 2017, show that deflation is limiting growth in the grocery market as supermarket prices continue to fall. Having slipped into deflation for the first time in almost two years in the last period, the grocery market grew by just 2.3% during the past 12 weeks as deflation fell further to stand at -0.3%.

David Berry, director at Kantar Worldpanel, explains: “In recent years we have seen a definite shift away from promotional deals towards more consistent, lower prices on everyday items. Just over a quarter of all goods are now bought on promotion – down from 33% in 2014. With the rate of deflation in the grocery market falling even further, we expect to see this trend stick around.”

Taking advantage of the few extra coins in their pockets, Irish shoppers really splashed out on traditional Easter favourites this year. Sales of packs of hot cross buns rose by 24%, Easter eggs by 9% and fresh lamb by 10%.

David Berry continues: “Capitalising on the indulgence of Easter, retailers have added more premium options in an attempt to convince customers to put something a little more expensive into their baskets. Fancier options saw the average price of Easter eggs rise 8 cents to €3.05. With three quarters of the population treating themselves to at least one, this meant a €3 million boost to the market.”

SuperValu remained Ireland’s largest grocer for the second period in a row, capturing 22.8% of grocery sales. Of the top five major grocers, SuperValu was the only one to have attracted more shoppers through its doors, with an additional 8,000 customers visiting the supermarket in the past 12 weeks compared to the same period the year before.

Despite remaining in second place, Dunnes Stores posted the strongest growth of all the major retailers with sales increasing by an impressive 5.1% since last year. This is partially down to consumers adding more to their baskets. Dunnes shoppers spend just under €40 per trip – almost €17 higher than the average for the grocery market.

Tesco saw sales fall by 0.6% but still managed to capture a 21.6% share of the market. Meanwhile, Lidl and Aldi continued to experience success, with Lidl maintaining its share of 11.3% and sales at Aldi up by 3.0%.