Itâs Back! The Nokia Brand Returns to Smartphones 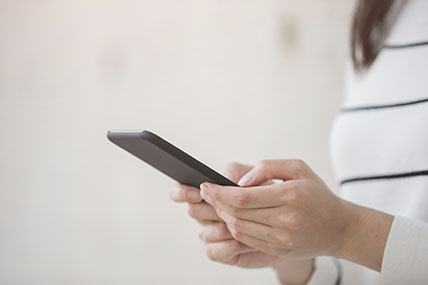 Can the famous Nokia name make a comeback?

Can the famous Nokia Name with Android’s Versatility and Foxconn’s Manufacturing Muscle Make a Comeback?

Nokia Technologies has confirmed long-swirling rumors that its iconic brand name is returning to the smartphone business through a sale of rights to HMD Global Oy, a subsidiary of Hon Hai/Foxconn Technology Group. That’s the same Foxconn that builds iPad, iPhone, Kindle, Nintendo, PlayStation, and Xbox products as the world’s largest contract electronics manufacturer.

According to the company, the Nokia brand will be returning to the worldwide mobile phone and tablet market under a new royalty agreement in which Nokia has granted HMD an exclusive global license to make and sell Nokia-branded smartphones, tablets, and feature phones for the next decade.

"Today marks a happy and important day for HMD,” said Arto Nummela, the CEO of HMD Global and a former sales executive at Nokia, in a press release. “Nokia has been one of the most iconic and recognisable phone brands globally for decades. The excitement of re-introducing this much-loved, well-known and trusted brand to smartphone consumers is a responsibility and an ambition that everyone at HMD shares."

Nokia’s return under the Android OS should come as no surprise.

Whenever I mention the Nokia brand name, I often hear the response, “that was my first cell phone!” Nostalgia for Nokia handsets runs very high, since Nokia took an early market lead at the dawn of the cellular phone industry. Many people forget that the Nokia name was first used in 1871 for paper and rubber products, moving into telephone and telegraph equipment around 1912, early car radiophones in 1966, and the world’s first practical cellular phones in 1981.

Nokia is arguably the oldest brand name in mobile phones.

The market share for the Android OS now tops 75% across much of the globe, according to our most recent Kantar WorldPanel data – and Google’s business model for Android provides consumers with a variety of brands and price points to choose from.

In the wake of Nokia’s disastrous partnership with Microsoft and $7.5 billion in write-offs, Windows has pretty much ceased to exist as an OS other than for tablets, leaving iOS and Android as the only mobile phone operating systems except for things like open-source Tizen, Android kernel-based Sailfish, and the declining CyanogenMod, a free, community-built distribution of Android.

In the US, Nokia’s prior successes with their feature phones never translated to success in smartphones. By the close of 2010, Nokia’s share of sales was just 3% of the total market, and just 1% of the smartphone market, eclipsed by the three largest smartphone manufacturers of that time – Apple, Blackberry, and HTC. Even with Microsoft in tow, Nokia’s highest share in 2014 was 3% of smartphone sales.

With Apple and Samsung now dominating US sales with a combined share of 73% in the three months ending October 2016, it is unlikely that Nokia phones will capture a lot of business very rapidly. The best bet right now is on the Google Pixel phones – which achieved 0.5% of sales in the latest three months, even though they were available for just the last 11 days of the period – plus Huawei, who is making a large push through Best Buy.

The Nokia brand name’s reemergence will likely have its largest impact in Europe. In 2014, before it became clear that the Nokia-Microsoft merger was doomed to failure, Nokia actually topped Apple in Italy, with 16% of smartphone sales vs. 11% in the third quarter of 2014.

Currently, Android’s largest source of new customers other than upgraders continues to be those leaving the Windows ecosystem, moving from the Nokia Lumia series to Samsung.

For Samsung, already facing increased competition from Huawei across mainland Europe, this may signal an additional threat, as Nokia/Windows’ strength was in the mid- and low-ends of the market, exactly where Samsung is currently losing customers to Huawei.

And for Huawei, the Nokia-branded products rolling out of the Foxconn factories could possibly create obstacles for its bid to become the second largest smartphone manufacturer in the world.