Smartphones in the USA: A Two-Year Retrospective 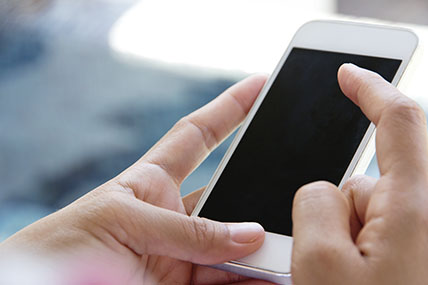 Another busy holiday season is approaching, and many consumers planning to purchase their next smartphone during this period will likely be those who have not bought a new one in the past two years.

They will find a lot has changed.

The trend by US carriers away from subsidized contracts to installment payments was expected to shorten the lifespan of smartphones, but it seems to have done the opposite. In the 12 months ending September 2014, consumers held onto their phones for an average of 21 months before purchasing new devices, but that timeframe now hovers closer to 23 months.

Having bought a smartphone recently, I found the experience of trying to understand the installment payments frustrating and confusing. In the end, I decided to buy my phone outright. This offers some benefits, including making it easier to find the best deal on carriers and data plans, and to upgrade or sell my phone anytime I want.

The clearer and starker visibility into the actual full cost of the phone, especially with higher-priced flagships such as the Galaxy S7 and iPhone 7, almost guarantees that many consumers will keep their old model until it breaks, or until something revolutionary is introduced to make them feel that it is no longer adequate.

With the newest smartphones pushing the limits of the technology, as demonstrated by the misfortunes of the Samsung Galaxy Note 7, what will consumers find on the market today vs. two years ago?

How People Buy and What They Pay

The largest difference consumers will notice when purchasing a phone during the holiday season is how they will pay. Over the past several years, the big four carriers have all but abandoned the traditional contract system everyone grew accustomed to, which essentially hid the cost of the device within the monthly bill. Sprint is the only carrier that still offers a Galaxy or iPhone for a subsidized price around $200.

Buyers can now expect mobile plans to be more like car leases. You enter a financing agreement for two years, pay a monthly installment towards the cost of the device until the contract ends, then either start a new lease with a new phone or keep the old one. Complicating this further are options to upgrade more quickly – in anywhere from six to 18 months – which may require you to sign new paperwork.

Another option is to get the device from a source other than a carrier. This is the course followed by a small but growing portion of the market – 19% of consumers did not purchase their phones from a carrier in Q3 2016, up from 16% in the same period two years earlier. A growing number are buying from Amazon (up this year from 4% to 6%), or from other online outlets (up from 26% to 33%).

Smartphones Have Become Larger, and Everyone Loves It

In 3Q 2014, just before the launch of the iPhone 6 and 6 Plus, which introduced the 4.7 and 5.5-inch form factors, 47% of smartphones featured a screen size of less than 4.5 inches. In the most recent quarter, that share is just 17%. More than a quarter of the units sold now have 5.5-inch or larger screens.

With that shift, the reasons people love their smartphones have also changed – 47% of owners who acquired their device in 2016 cited “the size of the screen” as the main driver of their satisfaction. For those who acquired phones in 2014, “durability and reliability” is the leading reason for satisfaction, cited by 41% of consumers.

There is, of course, a contingent of consumers that do not want a large-screen device. For them, there are very few new options beyond the iPhone SE and some LG and Alcatel models available through prepaid carriers and Walmart.

After screen size, the performance of the camera is the next driver of satisfaction among new smartphone owners, cited by 39% of consumers. While this is not a monumental percentage increase from the 32% who expressed this preference in 2014, it is accompanied by a move up the list of priorities, with camera quality advancing from third to second in importance.

Considering how much everyone loves their cameras these days, it was not surprising that the launch announcements of the Galaxy S7, iPhone 7, and Google Pixel this year all touted the capabilities of their cameras, each claiming to be the best on the market.

In a race to produce photos that rival the digital cameras no one carries around anymore, brands such as Huawei are teaming up with old-world camera brand Leica to find a competitive edge. The camera technology in phones is better than ever, and these days, it comes down to how much post processing you want to do before uploading your next shot to Instagram.

For those interested in something new, there are many options available outside of the Apple- and Samsung-dominated landscape. Brands such as Alcatel and ZTE are starting to capitalize on the lower end of the market, growing to 4% and 3% of smartphone sales, respectively.

The largest gap is in the middle of the market, where devices are priced anywhere from $250 to $500. There are plenty of choices in this space, including the OnePlus 3, Huawei Honor 8, and the recently launched LeEco name. However, without a strong retail presence and the marketing power of the larger brands, reaching US consumers in this segment will be difficult for these newer entries.

For the average buyer, it is never easy to leave the comfort zone, and upgrading a phone through a carrier on a two-year cycle might not be ideal for everyone. Those willing to be adventuresome and take the time to shop around will surely find something they love – whether it is an iPhone, a Samsung Galaxy, or something a little different, away from the mainstream.

Personally, I am very happy with the purchase decision I made, but let me tell you – I make certain that this important investment for me stays in a padded, protective case – all the time.