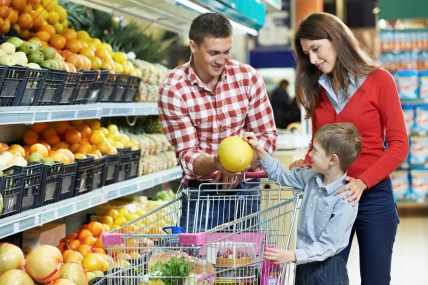 Local brands grew by 1.5% compared to only 0.7% for global brands, a trend that is particularly evident in Brazil and Venezuela.

With the 2014 Brand Footprint study, for the second year running Kantar Worldpanel has revealed the most chosen global and regional FMCG brands. Employing an innovative metric of Consumer Reach Points, the study succeeds in identifying the number of times a shopper chooses a brand.

In Latin America only one of the Top 10 most chosen brands has moved up a position: Pepsi. But among the Top 50 brands there is a great deal of jostling for places.

Local brands grew by 1.5% compared to only 0.7% for global brands, a trend that is particularly evident in Brazil and Venezuela.

Local heroes showing outstanding performance in these countries include: Panco (bakery products) and Limpol (household care) in Brazil, Doña Gusta (stock cubes) and Ángel in Peru, Maruchan (instant noodles) in Central America, Mexico and Bolivia, Nosotras (feminine hygiene) in Ecuador, Colombia and Argentina and Alpura in Mexico.
Thanks to Kantar Worldpanel’s unique, worldwide coverage, the Brand Footprint study reveals the brands that have been purchased by the majority of shoppers the greatest number of times in 35 countries all over the world, through the food and drink, household care and health and beauty sectors.

Drinks is the category showing the greatest growth in Latin America, and it is also the category most purchased by households through the traditional channel as compared to other modern channels.

Topping the ranking for the second year running is Coca-Cola. Not only does the brand hold onto top spot for the region, it also has a market penetration of 90%. On average, Coca-Cola is purchased 32 times a year by Latin Americans – the highest frequency in any region in the world. The country contributing most to maintaining its growth is Mexico.

Another drinks brand, Fanta, climbed one position, boosted by its iconic “Play Fanta” campaign. Similarly, with growth of 11% in Consumer Reach Points, Pepsi takes second place in the Top 10 brands with the greatest growth.

Among the Top 10, the snack brand Ruffles shows the greatest growth, expanding its footprint by an incredible 21%. Doritos rose 6 spots in the Latin American rankings thanks its popularity in Brazil and Argentina and its worldwide “For the Bolt” campaign.

Just like Coca-Cola, the Cheetos brand's success is fuelled principally by Mexico, thanks to the “Let's Jump Together with Chester Cheetos” campaign which succeeded in connecting with Mexican families and positioning Cheetos as a fun and responsible brand.

Sonia Bueno, CEO Latin America at Kantar Worldpanel, says, “The Latin American ranking gives an overall picture of regional strength. At the moment of truth, local brands are the winners; they are making room for themselves in the shopping baskets and households of Latin American consumers. Despite the fact that local brands are expanding their scope more rapidly than global brands, it is interesting to note that there are still a handful of global brands that are thriving. The brands in this group are experts in delivering more value to consumers, in satisfying functional needs, and in making life easier beyond mere consumption”.

The Kantar Worldpanel Brand Footprint study is based on research covering 63% of the world’s population: a total of 956 million people in 35 countries, and 69% of the global GDP. The complete ranking includes around 200 FMCG categories measured around the world by Kantar Worldpanel in the food and drink, health and beauty, household care, alcoholic drinks, confectionery and baby care sectors.

The ranking is based on an innovative metric created by Kantar Worldpanel called Consumer Reach Points, which measure how many times a shopper chooses a brand. The information for this ranking was gathered over a 53-week period, between October 2012 and October 2013. All data are related with the purchases declared by households.