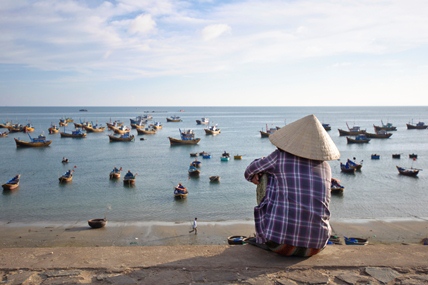 The global giant Unilever is the No.1 brand owner in Rural Vietnam while Vinamilk is the leading manufacturer in Urban

The global giant Unilever is the No.1 brand owner in Rural Vietnam while Vinamilk is the leading manufacturer in Urban 4 Key Cities (Ho Chi Minh City, Ha Noi, Da Nang and Can Tho), according to Kantar Worldpanel’s Brand Footprint ranking of the most chosen FMCG brand owners in 2014.

In its second year of launch, the Brand Footprint ranking reveals the top manufacturers whose brands are bought by the most people, the most often in Urban and Rural Vietnam, together with the top individual brands in each separate sector including Health & Beauty, Homecare, Foods and Beverages. By looking at the total Consumer Reach Points* achieved across a manufacturer’s portfolio, Brand Footprint reveals the combined strength of its brands. Independent of turnover, it exposes the number of times a consumer chooses a brand at point-of-sale, whatever the price of the item.

Unilever leads the ranking of the most chosen brand owners in Rural. The global giant FMCG manufacturer has its products chosen more than 400 million times annually in Rural and shines brighter than any other brand owners with the deepest market penetration - more than 99% - in both Urban and Rural markets. In Urban, Unilever earns the second place in the ranking, being purchased 57 million times in the past year. In Rural, Unilever owns the top 3 brands in both Health & Beauty and Homecare with P/S, Clear, Lifebuoy, Omo, Sunlight, Comfort, earning 350 million CRPs. Noticeably, its P/S and Omo are the most chosen brands among their sectors in both Urban and Rural market.

On the global scale, Unilever is also the number one brand owner, achieving the highest number of CRPs with its brands being chosen more than 18 billion times annually – an increase of 2% from last year. This has been driven by the performance of its four rising star brands Vim, Omo, Dove and Rexona.

Vinamilk leads the ranking of most chosen brand owners for the second year in Urban. The local dairy leader owns a wide range of food and beverage brands including Vinamilk, Ong Tho, Ngoi Sao Phuong Nam (Southern Star), etc., which were chosen nearly 75 million times in 2013 by Urban households in the last year by 98% Urban households. In Rural, Vinamilk holds the third place with its products purchased more than 200 million times by 82% Rural households.

Nestlé makes an impressive move, gaining up 2 ranks, and currently holds the 6th position in the Urban ranking – Its products were chosen more than 20 million times in the last year by 85% of Urban households, reporting a 5% growth in CRP. On the global scale, its Maggi brand continues to hold the No.1 position in Food sector.

Kantar Worldpanel’s Brand Footprint is based on research from 66% of the global population; a total of 956 million households across 35 countries, and 68% of the global GDP. The complete ranking comprises over 200 FMCG categories tracked around the world by Kantar Worldpanel across the beverages, food, health and beauty, homecare, alcoholic drinks, confectionery and nappies sectors. The ranking is based on an innovative metric created by Kantar Worldpanel called Consumer Reach Points, which measures every time a consumer chooses a brand. The data for this year’s ranking was collected over the 52 week period between October 2012 and October 2013. All data relates to purchases that are brought into the home.