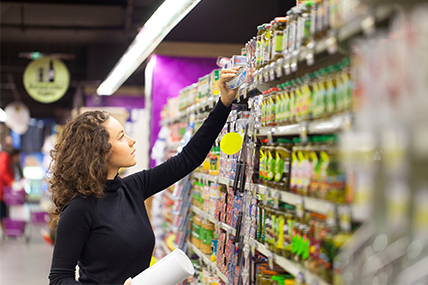 Recent announcements and a fall in prospects impacted on January results, and showed that the mass consumption basket is going to have a challenging year.

The FMCG market saw a 2% decrease in January 2018 compared to January 2017, breaking the growth trend recorded in the final months of 2017, according to the Consumer Thermometer, an analysis carried out each month by Kantar Worldpanel.

“After three months of growth and one of stability, recent announcements and a fall in prospects impacted on January results, and showed that the FMCG basket is going to have a challenging year”, explained Federico Filipponi, Commercial Director at Kantar Worldpanel in Argentina.

This is the third January with a negative start for FMCG, since 2016. When January 2018 is compared with the same period in 2015, basket volume has fallen by 10%.

The decline in the January basket is mainly due to the Upper Lower Socioeconomic status (SES), a third of the Argentine population, whose consumption fell by 11% in volume due to fewer journeys to the point of purchase, “The evolution of this group directly impacts the total basket. Historically, these homes were growth drivers and had a level of consumption similar to the upper and middle classes. Increases in service and transports, rising inflation, and salaries that are still distant and unclear when it comes to beating inflation, have a direct impact on the possibilities and perspective of this important population group”, Filipponi points out. 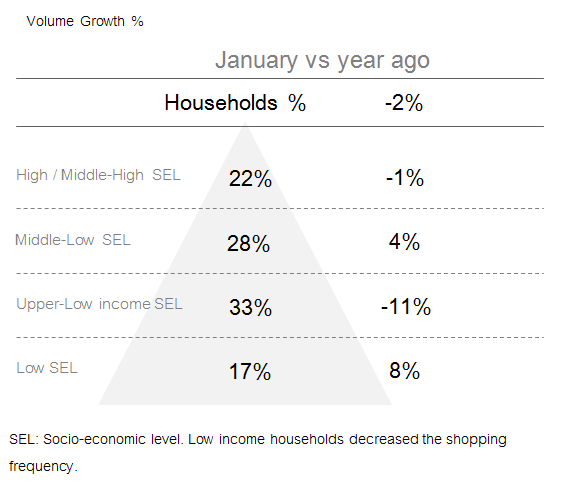 With regard to purchasing channels, the novelty this January is the shrinking of the wholesale channel by 9%, which has been the main driver of growth in recent years. The only channel that achieved growth was traditional trade and faced with this, Filipponi explains “Traditional trade growth continues to come from recovery in homes with fewer resources, the lower-lower class. These homes use traditional trade as the main channel for their beverage and dairy product purchases”.

In contrast, alcoholic drinks was the only sector that showed growth in January, continuing the trend that seen in the last quarter of 2017. Dairy products is the most concerning sector, since after two years of decline, in January, it fell another 7% compared to the previous year.