Joining consumers in balancing their nutrition 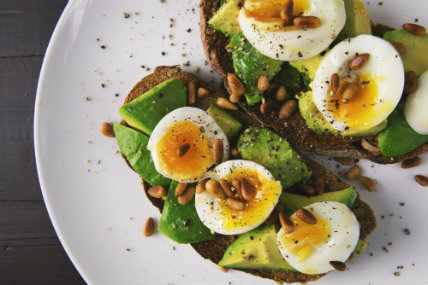 Connected to the highest life expectancy level in history, awareness of every day nutrition and the fundamental role it plays within Health, has become a central topic from governments’ agendas to families’ conversations.

A third of Latin-Americans are highly concerned about their health and have recently changed their nutritional habits. Moreover, the topic is ranked fourth in consumer concerns, right after insecurity and inflation.

Brands must join consumers on this journey to a healthier lifestyle by providing options that facilitate behaviour change. Information is also key: 66% of people read the nutritional information on labels before buying a product. Over the last 5 years, sugary products are increasingly on the spotlight, as more countries implement or discuss increased taxation. However, other elements also under scrutiny for being ‘bad’ or ‘desirable to reduce’. Fat is #1, as 70% of people are opting to reduce the amount of fat they consume, connected to obesity and cholesterol, then 60% sugar, followed by 50% salt, which is related to heart diseases, the primary cause of death. In this context, a wider approach to healthier brand portfolios will support long term success.

What do highly concerned* people have in common? 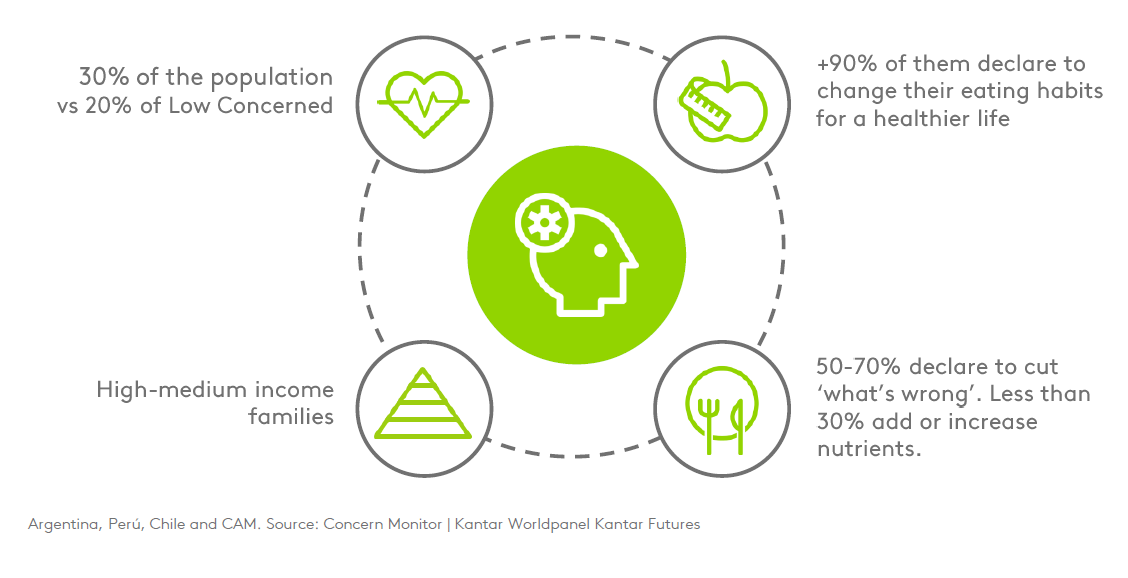 How can brands lead consumers in this journey?

Companies have taken different actions around the topic to date and, as a consequence, success rates differ considerably.

Labelling laws bring transparency for consumers. Such is the case of Fuze Tea in Ecuador. Iced tea was perceived as a healthier option compared to carbonated soft drinks, while both had similar sugar levels. Once this comparison was made easily available through labelling, the iced tea category lost 20% of its buyers (6 penetration points) and Coca Cola’s Fuze Tea lost 16% of sales in the following 12 weeks. As a consequence, a new formula with reduced sugar levels was introduced. This allowed Fuze Tea to remain stable while other iced tea brands lost volume consistently during the last 3 quarters of 2017, resulting in an overall category sales decline of 13%. The company decide to go beyond the local regulation requirements and launch the new formula simultaneously across Latin- America.

‘One does not fit all’ also applies on this arena. Colun, a chocolate flavoured milk brand in Chile, reduced its sugar content when the labelling law was introduced.

In response to that, 1 every 4 buyers left the brand in the following 3 months (-5.5 penetration points).

Why did the same decision lead to a different kind of consumer behaviour?

Simply because the reason for choosing chocolate flavoured milk is different from choosing iced tea: the importance of flavour and healthiness rank differently for each of them.

Consumers of chocolate milk made it clear that flavour was an attribute on which they would not compromise for Colun.

They turned to social media to give immediate and strong feedback, a practice that is getting more prevalent.

Truly supporting consumers in having balanced nutrition means letting them know what a product brings to their diet. ‘Having less’ is not always the answer.

A potential path to move from “negative to positive” for Colun would have been to communicate the benefits of chocolate-flavoured milk in contributing to the daily calcium intake, which is key in developing stages of life.

We believe that brands have the opportunity to engage first consumers irrespectively of country regulations. In fact, there are brands which are leading the way by proactively introducing natural ingredients into consumption moments that are usually filled with non-healthy products.

Gallo, a traditional rice brand in Argentina, did exactly that in 2012 when it added a rice- based snack to the portfolio, combining taste (chocolate + dulce de leche) and low calories. Even with a premium price proposition, Chocoarroz successfully reached 1 in 10 Argentinian households in its first year. Since then, many players have entered the segment of healthy snacking using the same concept of introducing different ingredients such as popcorn and cereal.

Regardless of the highly competitive market, Gallo remains one of the most popular allies for high-concerned consumers, who buy 20% more than the medium-low concerned shoppers. 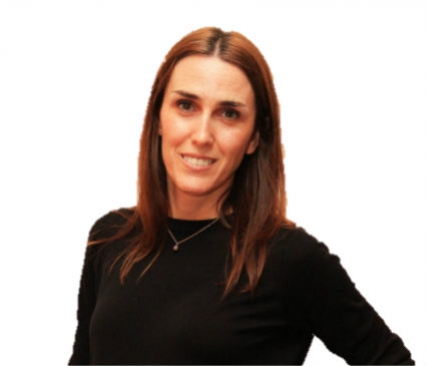