UK: Meat in the red as Summer extends into Autumn 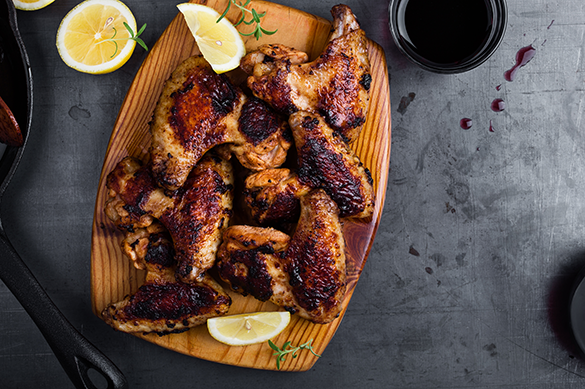 Primary meat, fish and poultry products are feeling the strain, despite the afterglow of summer sustaining volume sales of the other categories. Our latest release covering the 12 weeks to 9th September has seen a summer slump turn into a trend, as fresh primary meat and poultry falls into value and volume decline.

During what has been widely touted as one of the hottest summers on record, there was a surge in spending in the grocery market overall, and the long hot summer may also have had an effect on the meat, fish and poultry markets (MFP).

Spend in the category looks to have been driven by quick and convenient foods, consumed at barbeques and picnics, with burgers, sausages and sliced cooked meats all seeing strong growth. Burgers saw another boost from National Burger Day (on 23 August) with the surrounding press and promotion.

Although we’ve seen good performances from barbeque staples, red meat has fallen into decline across beef, pork and most strongly, lamb; which lost 857,000 shoppers year-on-year with 3.2 million fewer trips. Nathan Ward, Business Unit Director for MFP, explains: “Difficulties with supply both at home and abroad have contributed to rising prices which are up 48p per kilo - a 6% increase. The only cut in value growth for lamb is in leg joints, driven by prices.  The volume of sales on promotion in lamb is down 46%, now accounting for 11% of all sales, compared to 25% of all sales in primary meat and poultry. Empty nesters and the retired are the core shoppers for lamb but contribute the most to the losses.”

Ward continues: “Beef is seeing a strong decline (-6.5%) but has retained its buyer base, despite being picked up on 2.7 million fewer trips. Roasts (-28%) and mince (-7%) are driving the volume decline, as both attract fewer shoppers. Promotions are an important driver of the decline in roasts with sales on promotion by volume decreasing by 74% - but mince is seeing a different result with promotions up slightly. Non promoted sales are key to this dynamic, as are shoppers eschewing heartier meals as we see an extended summer into Autumn. Steak remains a positive driver of growth (+10%), supported by 37% more volume sales on promotion.

Chilled fish is up, buoyed by shellfish and smoked salmon, with 1.2 million more baskets containing fish and 180,000 more shoppers buying it year on year. The proteins driving growth are salmon, pollock and prawns, however, tuna, sea bass and sea bream are seeing slight increases. Smoked salmon has seen a 25% rise in volume, appearing in 2 million more baskets and attracting 390,000 more shoppers. Growth for chilled fish is coming from both ends of the affluence spectrum as the impact of price inflation lessens.

With a mild Autumn followed by a cold Winter on the horizon, how will this affect the foods we eat? Will we continue to reduce our red meat consumption, or move towards comfort food as we draw closer to winter? Find out in our next meat, fish and poultry update.