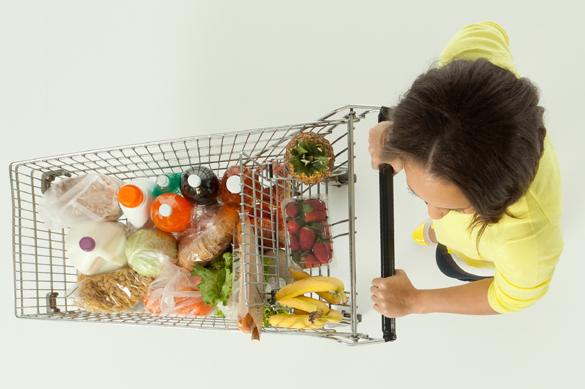 Mercadona has the highest market share growth, while Lidl is leading the way in acquiring customers

The grocery market share in Spain grew 0.9% in value between January and August 2018, according to the latest Grocery Market Share data from Kantar Worldpanel, the global leader in consumer panels. The latest “FMCG Trends for 2018” show that, in terms of volume, the market has fallen by 1.5%, which means consumers have paid 2.4% more for their purchases.

Florencio García, Iberia Retail Sector Director at Kantar Worldpanel said: “Households are more willing to pay more for products with added value, and this is especially reflected in packaged food, which has seen a growth in value of around 3%, despite stagnant demand.” Likewise, their search for healthy options continues to gain importance, with more households aware of product ingredients and willing to pay higher prices for additive-free and preservative-free food.

This growth contrasts with the drop that continues to be seen in the fresh products category, predominantly driven by the specialist channel (-3.2% in volume and -0.6% in value) and by the stability in the homecare category (-0.6% in volume and +0.5% in value). After significant falls in 2017, personal care fell by 1.3% in volume and by 1.2% in value.

In this context, Mercadona and Lidl continue to lead the growth in the Spanish market. With 1.1% more market share, Mercadona is close to 25% of the market (24.7%), supported by the refurbishment of its stores, an expansion of its range that is improving the retailer’s image, and its continued commitment to developing their fresh offer.

Lidl also continues to grow with a strong commitment to fresh products, as well as leading the latest health trends, such as organic products and fresh eggs. This makes it the retailer with the highest number of customers this year (almost 600,000), while its share has increased half a point to 4.8% of the market.

Carrefour continues focusing on omnichannel retail, reinforcing its own brand, and with specific campaigns to connect with the consumer, such as “Act for food”, which has helped it gain 8.4% of the market (-0.3% compared to 2017).

Grupo Dia, which continues to suffer from the loss of interest in its traditional model, is relying on its alternative formats, refurbishing stores and strengthening its partnerships with Amazon, which has allowed it to maintain its market share outside of its DIA stores. So far this year, the group has received 7.7% of household spend, almost one point down from 2017.

Meanwhile, Auchan is focusing on proximity and the unification of its brands to halt falling market share. The balance of both brands, Simply Market and Alcampo, has allowed it to maintain its 3.5% share of the market (-0.1%).

Florencio García adds: “In this environment, led by the main FMCG retailers and which accounts for 55% of households FMCG spend, we must not forget the traditional channels, as well as emerging channels, which also play an important role in Spanish retail”.

The regional retailers, which are growing based on availability of fresh products and a more brand-based range, represent 11.8% of the market, half a point more than just a year ago. These outlets have reached 12 million households so far this year (76% of the population). “Consumers have moved naturally from the specialist to the traditional, proving that they are looking for proximity to the specialist, in a dynamic and convenient format, which has had a long tradition in the Spanish market,” concludes Florencio.

The online channel continues to grow slowly but steadily in the Spanish market. It now accounts for 1.6% of FMCG sales, still far less than markets such as apparel, which represents around 7% of the market. Fresh products continue to be a great barrier for Spanish consumers, who buy online due to lack of time, but still only very occasionally. The big FMCG retailers also lead the online market, where the pure players, with Amazon in the lead, gain presence, but still have a limited position, mainly because they don’t sell fresh products nationwide.