Mixed performance in 2011 for international retailers in China 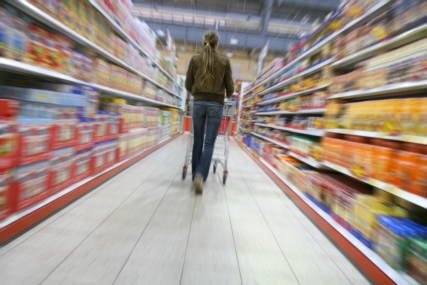 Growth for Walmart has come from both the top tier cities, where Walmart already has a stronger presence, as well as the lower tier cities where the American chain is expanding its operations.

Kantar Worldpanel, the global market leader in consumer panel insights, reports 18% value growth for the FMCG (Fast Moving Consumer Goods) market for the latest year up to 30th December 2011 compared to the same period a year ago. This growth is predominantly driven by inflation but shoppers moving to more premium products and expanding their overall consumption of FMCG products is also contributing.

Walmart is the only key international retailer to gain share over the last quarter and now represents 7.8% of modern trade, just 0.1% away from the number one retail group, RT-Mart plus Auchan.

Growth for Walmart has come from both the top tier cities, where Walmart already has a stronger
presence, as well as the lower tier cities where the American chain is expanding its operations. The group’s accelerated conversions of Trust-Mart are now delivering positive results as the total group has gained 0.3ppts over the last quarter. Walmart has also managed to continue to grow in the West 1* region despite the recent mislabelling of pork incident in Chongqing.

Many of the other top retailers have struggled over the last quarter either remaining still or even losing share in the case of Carrefour, for example. The top ten retail groups, in the latest quarter accounted for 39% which has fallen by 1ppt compared to the same quarter a year ago. This suggests that China’s national retailer landscape hasn’t become consolidated as the smaller players fight back against the big international chains who now dominate many cities.

International FMCG retailers in China have slowly been growing their presence over last decade but this trend is changing and in some areas of China the international retailers are actually losing share to the local players. For example, in the East 1** region Century Mart, which is part of the Balian Group, has now reached a share of 7.7% and increase from 6.8% in the same quarter a year ago. Also, in China’s North 2*** region the Wu-Mart Group, which consists of the Wu-Mart and Merry Mart banners, continues to stretch their lead of the international chains now reaching a share of 10% in the latest quarter up 0.8ppts from last year.

International retailers are considerably more dominant in China’s four key cities (Shanghai, Beijing, Guangzhou and Chengdu) where as a group they account for 49% of all FMCG sales whereas in China’s counties they represent a share of just 5%. However, the pressure from local retailers is not just seen in the lower tier cities where they are more established. They are also giving the international players a tough time in the provincial capitals.

So what has driven the performance of these local retailers? One success story has been the retail chain Yonghui. During 2011 Yonghui opened 49 new stores, an increase of 31% taking its total number of stores to 204. With its wide range of store formats, strong focus on fresh food offer and now substantial number of hypermarkets within their portfolio the company is able to compete on a more even playing field with its international competitors. Yonghui’s heartland is in Fujian and Chongqing region where it has built regional strength but its recent expansion to cities such Jiangsu, Henan and Heilongjiang is helping the retailer on its way to become a truly national player.

2012 will continue to see a changing and challenging landscape for FMCG retailers and there are a number of key trends which will play a key role in the future development of FMCG retailing in China.