Over half of the GB population owns a smartphone 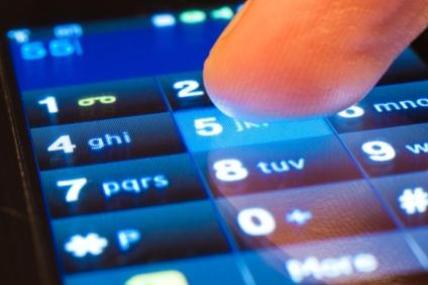 Symbianâs share has fallen to just 2.8%, highlighting the stark challenge Nokia faces as it makes the transition from Symbian to Windows Phone 7.

Over half of the British population (50.3%) now owns a smartphone according to the latest data from Kantar Worldpanel ComTech. The figures also show that smartphones made up a remarkable 71.4% of mobile phone sales in the 12 weeks ending 22 January 2012.

Dominic Sunnebo, global consumer insight director, comments: “For the first time ever, you are now in the minority if you don’t own a smartphone. With more people jumping on the bandwagon, there is huge opportunity for both retailers and manufacturers. However, the competition is intense.

“Android holds on to its lead but Apple is making inroads, increasing its share of the British market from 21.7% a year ago to 29.1% now. Windows Phone 7 is also creeping up, taking over 2% of the market for the first time with the Nokia Lumia 800 taking the lion’s share. This looks set to continue with the expected launch of at least two new models at the Mobile World Congress conference. We forecast this will help it to grow its share to around 8% in the latter half of 2012.”

Symbian’s share has fallen to just 2.8%, highlighting the stark challenge Nokia faces as it makes the transition from Symbian to Windows Phone 7. However, it seems that the Lumia 800 release has helped Nokia to maintain its customer loyalty, albeit at a slower rate than it might wish for, with over a quarter of Windows Phone 7 customers having owned Symbian handsets in the past.

Dominic Sunnebo continues: “One of the real positives for Microsoft Windows Phone 7 is how engaged its users appear to be with its devices. Eighty one per cent of handset owners have used social networking on their device in the past month, higher than both iOS & Android. Meanwhile, three quarters have used GPS, indicating that its decision to include Nokia maps for free was a price worth paying to drive user engagement.”

It’s a slightly different story in the US with Apple continuing to make gains on Android. Apple now has 48.4% of the US market compared with Android’s 42.6%.

Dominic explains: “The jump we saw in Apple’s share last period was clearly not just a blip caused by the iPhone 4S release. Although the majority of growth is coming from the new handset, Apple’s latest pricing structure is also working in its favour with no discernable drop in sales of older iPhone 4 and 3GS models.”