Physical entertainment back in growth 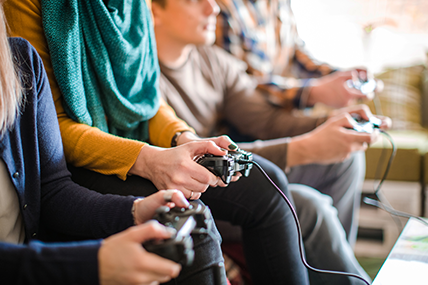 The latest data on the physical entertainment market from Kantar Worldpanel has revealed that the sector is back in growth for the first time since August 2014: up 2.2% year on year. Driven by a stellar performance from the games market – which grew sales by 26.0%, offsetting declines of 5.4% and 4.8% in music and video respectively – this is the strongest overall growth physical entertainment has seen in over three years.

Olivia Moore, analyst at Kantar Worldpanel, explains: “It’s been a great quarter for games – a real bright spot in the physical market’s struggle against the rise of digital. Helped by the release of much-anticipated title Destiny, mint games – as opposed to second hand – have led the charge.

“The market will now be looking to build on its success in the run up to Christmas, and consoles will have a vital part to play. Early signs are promising, with 850,000 consumers looking to pick up either the Nintendo Switch or Xbox One X in the run up to the festive season. Argos and Amazon benefited most from the gaming revival, continuing to nip at the heels of market leader GAME.”

Amazon remains the largest retailer for physical entertainment, growing share by 0.3 percentage points year on year to hold 20.8% of the market. Meanwhile HMV made the biggest gains: increasing market share by 2.3 percentage points to stand at 18.1%. Olivia Moore explains: “Already the top seller of music, the past quarter has seen HMV leapfrog Amazon to become number one for sales of physical video too. The retailer increased its share of the video market with the help of a strong performance in new film releases – up 6.0 percentage points to stand at 22.5% – while Amazon’s share remained flat at 20.2%.”

Beauty and the Beast, Guardians of the Galaxy Vol. 2 and Logan were the top video performers of the quarter, while NOW 97 dominated in music. Olivia Moore continues: “Blu-ray continues to outperform DVD as consumers become more willing to spend more for higher quality content, although its share of the market remains smaller. Blu-ray saw 15,000 new shoppers during the latest quarter, with film fans also purchasing the format more frequently on average.

“In further good news for the video category, digital purchasing nudged the total transactional market – as opposed to streaming or subscription – into 4% growth, offsetting continuing declines in physical transactional sales. This is the best performance we’ve seen for several years. Driven by popular new releases, transactional digital welcomed 600,000 new shoppers in the past 12 weeks, suggesting the sector is making some headway in its battle against declining disc sales and the rise of subscription services.”