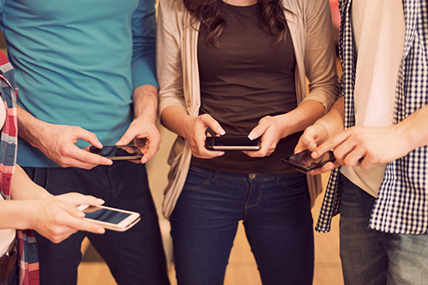 Chinese brand Xiaomi announced that it was officially beginning smartphone sales in Spain, the first European country where its phones will be available locally.

The latest smartphone OS data from Kantar Worldpanel ComTech reveals that in the three months ending September 2017, iOS share was flat in Europe, but up in the USA and urban China. Android’s stellar performance within Great Britain continued, with its share rising 8.2 percentage points to 63.9% in the latest three-month period.

“Maintaining or growing share in Apple’s key regions is impressive, considering that iPhone X was not yet available during the three-month period ending in September 2017,” said Dominic Sunnebo, Global Business Unit Director for Kantar Worldpanel ComTech. “iPhone 8 and iPhone 8 Plus sales were below the level of iPhone 7 and iPhone 7 Plus sales from a year earlier. But, since the iPhone 8 is not the flagship, the comparison is somewhat meaningless. Consumers buying lower-priced and previous generation iPhones prior to the iPhone X release will have a small impact on average selling prices, but this should be more than made up for when iPhone X sales begin at starting prices of $999 and £999.”

On November 7, Chinese brand Xiaomi announced that it was officially beginning smartphone sales in Spain, the first European country where its phones will be available locally. This announcement brings more disruption to the European smartphone market, and although it marks Xiaomi’s initial beachhead in Europe, the company’s smartphones have been making their way onto the continent in significant numbers over the last year.

“Across the Big Five EU markets of Germany, France, Great Britain, Italy, and Spain, almost 1.4 million Xiaomi Smartphones were sold,” Sunnebo added. “Most of those were sourced from Chinese websites like Gearbest and AliExpress. Fully 63% of these shipments went into Spain, so it is no coincidence that Spain is Xiaomi’s market of choice for its European launch.”

Xiaomi’s existing success in Europe is not just limited to smartphones. Xiaomi was the fifth largest supplier of wearables and activity trackers last year across the EU5, where it sold 1.2 million activity trackers.