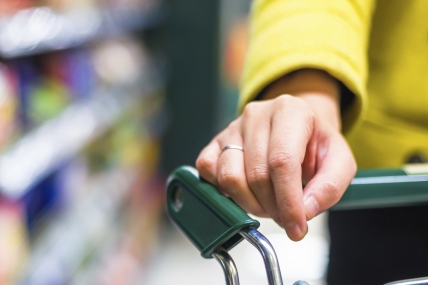 Closing the first quarter of 2014, Vietnam’s economy expands at an annual rate of 5.0%, a slight improvement compared with 4.8% of the same period last year. Meanwhile, after marking its decade-low record, Consumer Price Index continues to ease down in March, partly under relatively weaker demands during economic downturns.

Kantar Worldpanel’s observation up to March 2014 reports the continuous slowdown since Quarter 3 last year in FMCG consumption in Urban 4 key cities while Rural market shows some early signs of stagnant growth. In Urban, one third of FMCG categories suffer from volume decline. The hardest hit are nice-to-have personal care items such as Deodorant, Blades, Pocket Tissue, Mouth Rinse, etc. Meanwhile, Rural market shows early stagnant signs although 2-digit growth is reported across almost all sectors, except Packaged Foods. In terms of retail landscape, short-term trend shows some slow-downs in all channels in Urban except emerging Mini-stores. In Rural, the retail picture keeps its momentum with steady growth of over 5% across channels.

As the local economy struggles to sustain growth, so does the FMCG industry. During the latest year ending Q1 2014, FMCG consumption in Urban grows moderately by 9% in terms of value, and there are blurred signs to suggest that Vietnam market is on the verge of a robust recovery in consumption. The slowdown has impacted consumer sentiments and made people more cautious in their purchase behaviours – this was well-observed in 2013 and continues to be the case in early 2014. Consumers find down-trading as a way to save costs but up-trading still happens especially among high income families. The majority of categories are upsizing with 62% of categories reports increase in average pack-size. With limited budget, consumers tend to buy more items under promotion. Average spending on items under promotion of urban households increases by 38% while spending under non-promotion items manages to increase by 3% only.

Consumers are expecting more and more innovation to make life more comfortable. On the other hand, manufacturers offered new functions, fragrances, pack-types and pack-sizes to push the market growth further as well as gaining in competition, especially in big categories. In 2013, there are approximately 4,500 launches of new FMCG products/SKUs, increasing by 30% compared to 3,500 new launches in 2012. Our analysis indicated that in one year after launch, a successful new launch (top 20% new launches) should be able to achieve 15.2% penetration (3 times of effort compared to an average launch), with 38% of buyers have repurchased.

2013 is the year of convenient options. Modern Mini-stores, including Minimarkets and Convenience Stores, show rapid expansion (reaching 23% of urban household in 2013), fueled by both the emerging convenience needs among Urban shoppers and the openings of new stores. It is interesting to notice that Liquid Hand Wash, Instant Coffee, Box Tissue, etc. are among the top recruiters of the year while Instant Rice Soup and Meal Maker continue to gain more acceptances from urban households. This reflects the quest for a more and more convenient lifestyle of Vietnamese urban consumers.

“In order to sustain growth during hard times, an effective tiering strategy can enable manufacturers to take advantage of shifting needs. Low and middle income groups will continue to head for good deals. Therefore, proper adjustment in strategy is critical to sustain growth among these income groups. Meanwhile, high income consumers will continue to lead the emerging trends in health, convenience and premiumization, which suggest we need to offer the added-value benefits at the price they accept to pay.” – concluded David Anjoubault, General Manager of Kantar Worldpanel Vietnam.