Samsung focuses on new goodies for installed base 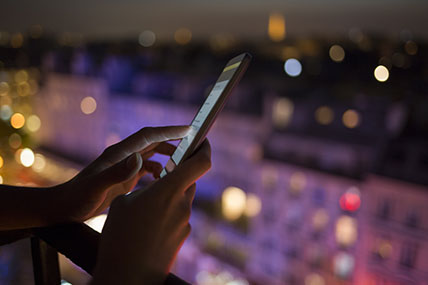 As of February 2017, the Galaxy S5 remained the most popular Samsung device in the US.

A few weeks ago, Samsung unveiled its highly-anticipated Samsung Galaxy S8 and S8+ at David Geffen Hall in New York City. Normally, interest in this event would be driven largely by curiosity on how Samsung would choose to evolve their flagship device from the previous year’s Galaxy S7.

This year, however, there was greater pressure than ever on Samsung because of their 2016 Galaxy Note 7 disaster. The tension was further heightened because the unveiling of their latest phones had been pushed out a month – and this was the first time since the Galaxy S3 that the announcement was not made at February’s Mobile World Congress.

Apple competed for attention as well, with a March 21 introduction of a new iPhone 7 and iPhone 7 Plus in red, and a storage update to iPhone SE.

While Samsung usually enjoys a “moment in the sun” during the launch of the latest model, this launch may prove to be more challenging than the brand has seen in recent memory.

Let’s look at the US market opportunity for the Samsung Galaxy S8 and S8+.

Over the last 12 months, Kantar data shows that roughly 28% of that installed base upgraded to a new Samsung smartphone. Of that 28%, 52% opted for the Galaxy S7/S7 edge, and 10% for a Galaxy S6. The remainder was divided among an astounding 48 devices, showing that although the last flagship gets all the attention, Samsung’s offering in the US remains as diverse as ever.

The next preferred brand for Galaxy S6 and S5 owners is Apple, at 15% and 12%, respectively. While I have no information that Apple’s timing of the (PRODUCT)RED iPhone and iPhone 7 Plus announcements were intentionally planned to coincide with theS8 news, it certainly does seem convenient.

Should Samsung be worried? Perhaps not. Despite the expected fallout from the Note 7, Samsung announced this week that pre-orders on the Galaxy S8 were double that of the S7. For S8 pre-orders, Samsung will include the new Gear VR for free, a move that helped catapult the S7 to become the top-selling device in April and May of 2016.

Will Galaxy S8 be the iPhone killer? Not if the numbers tell us anything. In the past year, just 5% of Samsung’s new customers switched from an iPhone. Sixty-six percent were repeat Samsung customers, and the remainder came from other Android brands. Loyalty to Apple/iOS currently hovers around 93%. Samsung stands more to gain from their own installed base and other Android brands than they do from Apple.

That should be the focus of the brand – keeping consumers within the Samsung ecosystem, and ultimately having them expand into other product categories. This is a strategy Samsung began to hint at between MWC and the Unpacked 2017 event – with two new tablets, an updated VR headset, a 360-degree camera, a mesh Wi-Fi router, a new way to talk to your smartphone with Bixby, Samsung Connect, an app designed to control all your Samsung devices, and DeX.

Samsung’s biggest challenge isn’t the Note 7 or Apple. It’s finding growth in an ever-changing technological landscape that is focusing more and more on interoperability, the smart home, and how to get consumers to buy into the next ‘big thing’.