Spain: Mercadona and Lidl, a good start of 2017 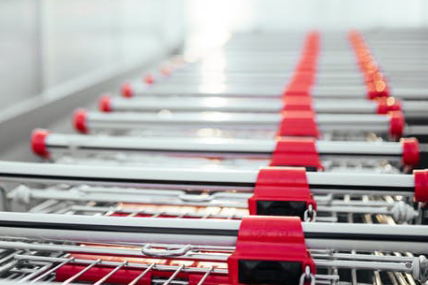 Retail groups Mercadona and Lidl have started the year with the most growth in the FMCG market in Spain, according to the “Grocery Market Share” report for the period December 2016 to February 2017 published by Kantar Worldpanel.

Mercadona achieved a market share of 22.8% in the last quarter, half a point more than in 2016. This quarter, the Valencian store gained market share in packaged food, after several periods growing basically through fresh products.

Lidl, the other successful retailer in recent months, maintains its growing trend at the beginning of the year and improves its market share by 0.4%, reaching 4.2% and consolidating its fifth position of the ranking of retailers in Spain. Lidl is becoming an increasingly more diverse shopping destination, and is gaining strength in packaged food, fresh and beauty products.

Carrefour is the second retailer in the ranking, thanks to its stable market share of 8.6% achieved one year ago. On the one hand, it has become stronger through its hypermarket offer, while it continues to attract more day-to-day purchases thanks to its growing network of proximity shops.

The DIA Group has lost 0.2 points, having a 8% market share between December and February. The Spanish group continues to progress well in its Clarel and La Plaza stores, which allow it to gain market shares in beauty and fresh products. However, it is suffering in its classic shop format, which is being revised, where packaged food is more important.

Eroski (5.7%) and Auchan (3.6%) have also decreased by 0.2 points each due to a loss in the appeal of hypermarkets in Spain. In the case of the Basque group, Eroski, this has worsened due to the sale of shop property. “Both cases will involve efforts to strengthen the proximity network during the coming year, while work is carried out to regain hypermarket appeal”, explains Florencio García, Retail Sector Director of Kantar Worldpanel.

Regional supermarkets are also on the rise. Leveraging the good reputation of fresh products and local shops, Consum, Ahorramas, Gadisa and Bon Preu showed growth during the last quarter. Aldi, the other German discount supermarket, is also continuing its good performance of 2016 and is among top retailers in terms of growth and customer acquisition.

E-commerce, another of the market's highlights in 2016, has grown in value by 24.5% this quarter. The acceleration that pure players have given to the channel continues to have an impact: it gains 0.2 points of market share against 2016 and already involves 1.2% of the households' spend on FMCG products.

Florencio García concludes: “In recent months we have heard very often about new shop formats. In 2017, large retailers will continue to improve and open new shops in order to gain market share and regular weekly sales. While they are keeping an eye on online growth, it is actually this channel which may halt in the medium term the trend to continuously invest in the physical store”.