Stable FMCG growth yet faint signs of rebound in Vietnam 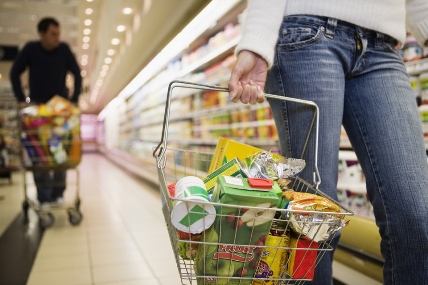 Though FMCG consumpstion is anchoring its growth in both urban and rural areas, it is premature to say whether a strong rebound will come anytime soon.

Throughout the last seven months, the Vietnam economy has achieved some stability but lackluster local demand is still the major block to a sustained recovery. Consequently, though FMCG consumpstion is achoring its growth in both urban and rural areas, it is premature to say whether a strong rebound will come anytime soon. For the 12 weeks ending July 14th 2013, Urban FMCG market posts an 8% increase in value compared with the same period last year while Rural 11%. Urban maket sees the leading growth of Personal Care while Beverages continue to hold the first position in Rural market.

During this period, Kantar Worldpanel notices the rapid expansion of Baby Diaper and Drinking Yoghurt. In Urban, Baby Diaper lifts up by 20% compared to the same period last year in volume thanks to a 7% increase in household consumption and an incremental of 43,000 new household buyers. In Rural, Drinking Yoghurt witnesses outstanding volume increase at 38% by increasing household consumption by 13% and attracting more than 383,000 new buyers.

Among Traditional Channels, Street Shops sustain an encouraging growth of 9% whereas Wet Market is struggling from its stagnant performance. Meanwhile, after few months of stagnancy, recent promotion campaigns in hyper and supermarket, particularly in Coopmart, has proved effective in reviving purchase and gaining an upbeat growth of 6% in value for this channel. Modern Ministores, including Minimarkets and Convenience Stores, show rapid expansion at 74% compared with the same period last year, fueled by both the emerging convenience needs among Urban shoppers and the openings of new stores. Minimarket (e.g., Coop Food, New Cho, etc.) has similar form with Super and Hypermarket yet smaller, therefore being able to spread its retail distribution across cities faster – now opening averagely 2-3 new stores per month. Beside Minimarket, Convenience Store (e.g. Shop & Go, Circle K, etc.) is a very new format only emerging recently, opening more than 18 hours per day and aiming to target those consumers who are seeking for convenience factor by shopping at nearby neighbourhood any time in the day. In 2010, only around 10% of urban households purchase FMCG in Ministores, while now, 1 among 5 urban households go shopping for FMCG in Ministores at least once per year and spend averagely 90,000VND per shopping trip. Unlike in Hyper and Supermarket, where Packaged Foods holds the number one sector, nearly one third of shopper basket in Ministores is contributed to Dairy. Besides, shoppers at Ministores are more likely to save a bigger proportion for Beverages than in any other Modern Trade channels. “In the next 10 years, every Urban household is expected to shop from a Ministore, either Minimarket or Convenience Store, at least once a year,” commented David Anjoubault, General Manager of Kantar Worldpanel Vietnam.