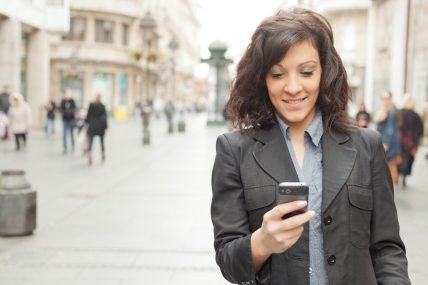 The latest smartphone sales data from Kantar Worldpanel ComTech shows that Samsung, buoyed by the release of the Samsung S3, is now the top selling brand across Europe with 45% share.

Samsung’s success has hugely benefited Android, with its share of the big five countries growing from 42.7% in July 2011 to 65.7% in July 2012. Android has also retained its number one position in Great Britain in the latest 12 weeks of sales* with 59.5% share, up from 47% a year ago.

Dominic Sunnebo, global consumer insight director at Kantar Worldpanel ComTech, comments: “While the majority of noise is focused on big-name products such as the S3 or S2, it’s easy to forget that Samsung is selling smartphones across all tiers. As a result it now makes up five out of the top ten best selling smartphones in Great Britain – with even the smartphone/tablet hybrid Samsung Galaxy Note making it into the top ten.”

Elsewhere, Apple continues its strong performance in the US with share up 9.5% over the past year to 38.2%. Dominic Sunnebo explains further: “As the iPhone 4S nears the end of its lifecycle, and rivals such as Samsung & HTC bring out new flagship products, we inevitably see big changes in share. However, Kantar Worldpanel ComTech data clearly shows that the proportion of Apple consumers who have owned their device for at least 18 months and not upgraded has increased markedly over the last quarter, indicating current owners are holding off upgrading until the release of the iPhone 5.

“Apple continues to enjoy very high loyalty across the world. In Great Britain among Apple consumers who have changed device, loyalty currently stands at 80%, while 92% of current Apple consumers plan to buy another iPhone when they upgrade. With this in mind, any dip in Apple share is likely to be short-lived with the release of an updated iPhone in quarter three bringing momentum back to the Cupertino giant.”

Meanwhile, RIM continues to find trading tough, with France the only country where its share is holding firm rather than seeing further falls. RIM’s steepest decline has been in Great Britain, where its market share now stands at 10.9% compared with 21.6% last year. After a period of promising looking growth, Windows Phone share remains stilted around the 3% mark across most markets, as consumers await the release of much vaunted Windows 8 devices.