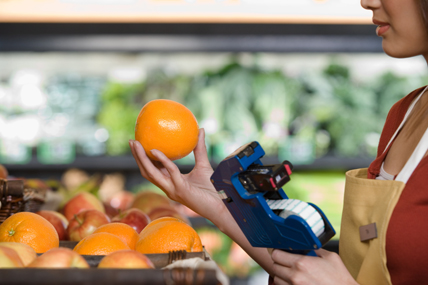 Consumer spending on FMCG in China was up 2.9% in the 12 weeks ending 29th January 2016, according to the latest share figures published by Kantar Worldpanel. This compares to the 4.4% growth rate for the same period in 2015. The latest figures show that the continuous deceleration of the last few years has continued into the beginning of 2016.

Sun-Art Group continues to be the leader of China’s FMCG market. The group’s national market share hit a new high of 8.0% in the latest figures, gaining 0.7 percentage points from the same period a year ago. The retailer’s performance in East and North regions has strengthened its leadership position, achieving market share of 15.9% and 6.8% respectively. In the West, growth also has helped Sun-Art to close the gap on other regional players.

Yonghui started the year well, as spending grew 15.2% compared to the same period last year, enabling it to increase its market share to 2.5% nationally. The West was a particularly strong area for Yonghui, with its market share increasing to 4.6% in the region. The group has 97 stores in Chongqing city alone.

Vanguard Group (Including Tesco) saw a healthy increase in spending. This helped the retailer achieve 6.5% market share, up 0.2% from a year ago. The retailer grew notably in the South, West and North, where its market share reached to 5.9%, 3.8% and 3.3% respectively. Only in the East did the group’s market share see a slight decline.

Wal-Mart Group gained market share growing 0.1 percentage point in the last 12 weeks to a market share of 4.8% nationally. The retailer’s growth was particularly notable in South and West, and was driven by an increase in basket size. 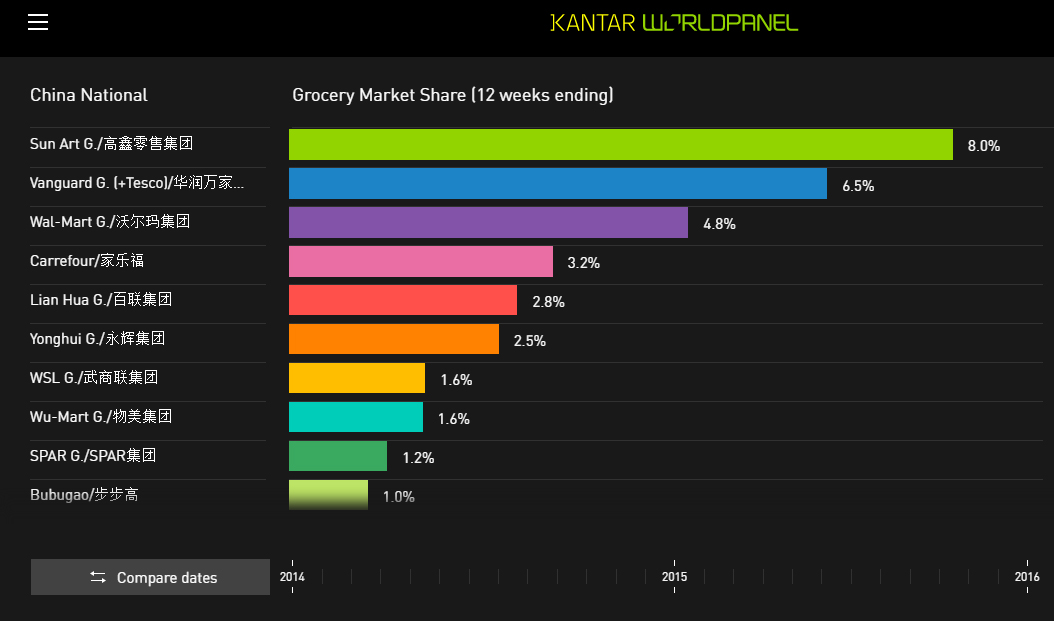