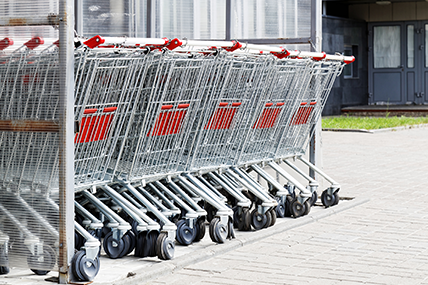 SuperValu has retained the position of Irelandâs largest grocery retailer.

The latest grocery market share figures from Kantar Worldpanel in Ireland, published today for the 12 weeks ending 13 August 2017, show that despite strong sales growth of 3.4% by Tesco, SuperValu has retained the position of Ireland’s largest grocery retailer.

David Berry, director at Kantar Worldpanel, comments: “A year-on-year sales growth of 0.4% was enough for SuperValu to hold onto the top spot in the face of a strong challenge from Tesco. SuperValu has improved the number of items sold per trip but has done so at a lower price point and now holds a 22.2% share of the grocery market, down 0.3 percentage points on last year.

“This is the fourth consecutive period of growth for Tesco, which is a clear indication that it’s achieved a turnaround in performance. This is also only the second time since July 2014 that Tesco has posted a year-on-year increase in market share.”

The overall grocery market has seen growth of 2.2% despite deflation holding steady at 0.5% for the second month in a row.
In third place behind SuperValu and Tesco, Dunnes Stores has maintained its market share at 21.1%, with sales increasing by 2.0% in comparison with last year.

David Berry continues: “There are some interesting dynamics boosting Dunnes’ performance this period. The number of households shopping with the retailer has fallen from 64% to 59% - that’s a reduction of 68,000 in absolute terms. However, this decline in footfall is cancelled out by a healthy improvement in how much shoppers are spending. The average Dunnes basket now includes an additional item and is worth an extra €2, suggesting that it’s performing well in the larger ‘main’ shop of the week and less so among smaller top-up trips. If Dunnes can encourage some of its lapsed shoppers to return to the store then it could be seeing a healthy increase in sales growth and market share.”

Lidl continues to perform ahead of the market, with sales growth of 2.7% ensuring the retailer could achieve a market share ahead of 12.0% for a second period.

Meanwhile, Aldi has tied with Tesco for the title of fastest growing retailer this period. Its sales growth of 3.4% has improved its market share to 11.5%, matching the record level it first saw in March of this year.