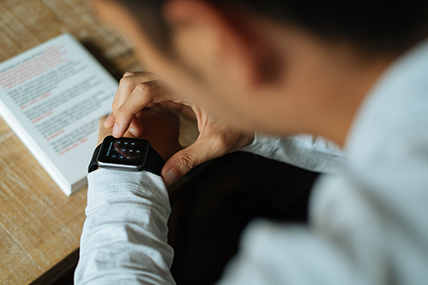 Wearables, activity trackers, and smartwatches live to fight another day.

The reports of the death of wearables, a segment comprised of both smartwatches and activity trackers, has been somewhat exaggerated this year. Despite a lackluster track record of growth, demand for wearables continues to exhibit modest growth. Nearly 20% of US consumers over the age of 16 now own an activity tracker or smartwatch – up from just 15% a year ago, according to current research from Kantar Worldpanel ComTech.

Contrary to gloomy forecasts for some vendors resulting in part from the Apple Watch attracting much of the attention and enthusiasm, activity trackers continue to hold a strong lead in the market, making up 65% of the installed base versus 35% for smartwatches. But the momentum belongs to the smartwatches, which have experienced growth rates of more than 50% year-over-year, while the base for activity trackers grew just 15% during the same period.

In the US, Fitbit dominates the overall wearables space. Nearly half (47%) of all US wearables owners have a Fitbit. While 16% of owners in the wearables category have an Apple Watch, Apple dominates the smartwatch category, with a 41% share. Apple has performed very well in terms of wearables customer satisfaction, with buyers rating the Apple Watch an 8.6 out of 10. Fitbit customers give that company a slightly lower satisfaction rating (8.2 out of 10), but Fitbit’s latest offering, the Charge 2, draws level in satisfaction with the Apple Watch, also at 8.6 out of 10.

Fitbit holds a trump card over Apple in user satisfaction about battery life. Fitbit scored a net positive of +31 for battery life (those satisfied minus those dissatisfied) vs. the Apple Watch at a minus-5. Much of this results from Fitbit devices being simpler to use and with smaller, lower-resolution displays. But the announcement of the Fitbit Ionic smartwatch with a four-day battery life could be a game changer, resolving an issue that vexes many consumers.

Fitbit has also been working hard on contactless payment. The company’s 2016 takeover of Coin appears to have been a sound move, given Apple Watch owners’ enthusiasm for mobile purchases. A full 21% of Apple Watch owners say they use their device for making contactless payment at least once a day, with over half using that functionality over the course of a week – both impressive numbers.

Fitbit is joining a crowded marketplace with Apple Pay, Android Pay, and Samsung Pay – all making concerted moves to take over consumer wallets. But consumers clearly see this capability as a genuine a benefit of a wearable device, since it is always right at hand, so to speak. Fitbit has also announced Fitbit Pay launch partnerships with Visa, Mastercard, and Amex.

Fitbit has taken a different approach with the new Ionic than many competitors in its first real foray into the Smartwatch arena, doubling down on fitness and health with improved heart rate tracking, the ability to monitor oxygen blood levels, and built-in GPS for phone free runs or rides.

The Fitbit Ionic watch supports third party apps, highlighting a big change from earlier Fitbits, but launches with just four available apps – and the fact one of these is Strava, a crucial app for cyclists and runners, shows where Fitbit has focused on developing partnerships.

In terms of other ‘Smart’ elements, the Ionic is left wanting, compared to the Apple Watch, but the many failed Android Wear attempts and subsequent pull outs by manufacturers, show that focusing away from health and fitness towards notifications and Smartphone replacement-type user cases is a risky road, and one that Fitbit has carefully chosen to avoid.

In many ways, the Fitbit Ionic is far more of a competitor to the likes of Garmin than it is to Apple, and with its huge existing installed base, combined with its ability to create beautifully simple yet addictive software, the Ionic could have found an appealing and underserved path.

Unlike the rapid growth seen in demand for smartphones, there does not appear to be a significant group of potential buyers for wearables waiting in the wings. Amongst those who do not currently own a wearable, a mere 4.6% tell us they will “probably” or “definitely” purchase one in the next 12 months.

Of those that intend to purchase, 39% say they will buy a Smartwatch, 30% a fitness tracker, and 31% remain undecided.

The vast majority of consumers who continue to reject the wearables revolution cites familiar reasons – “too expensive” (45%), “functionality not useful” (32%), “don’t want to wear a watch” (30%), and “smartphone does everything I need” (24%).