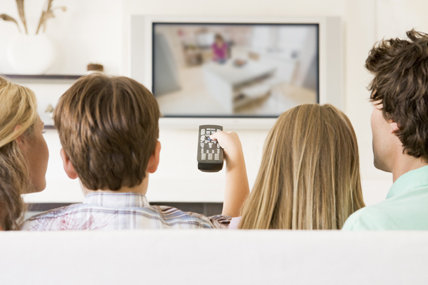 The providerâs share of new customers in the overall home services market increased by 3.2% on the last quarter.

The latest research from Kantar Worldpanel ComTech on the home services market – covering broadband, fixed landline and paid television – reveals a positive outlook for TalkTalk. The provider’s share of new customers in the overall home services market increased by 3.2 percentage points on the last quarter, when consumer data hacks saw around 250,000 of their broadband customers switch to other suppliers.

Imran Choudhary, consumer insight director at Kantar Worldpanel, comments: “Despite some existing reservations there are signs that TalkTalk’s efforts to repair some of the damage it suffered since the data hack last year are beginning to pay off. Increased value propositions and heavy promotional activity have led to a robust performance in the first quarter of this year. Reassurances on data security, including plans for voice recognition software use, mean consumers are willing to give the provider another chance. Over 40% of its new customers said they chose TalkTalk due to its low cost or a promotion on offer – well above the market average of 30%.”

Imran Choudhary continues: “TalkTalk still has a lot of work to do. They may have gained a higher share among new customers this quarter but despite this turnaround their existing customers aren’t happy. Over 17% of their current broadband base is considering leaving them at the next available opportunity, a far higher proportion than anyone else.”

BT has maintained its steady share gains and continues to challenge Sky. The first quarter of 2016 saw the provider gain 2.9 percentage points – its strongest share gains being in the paid TV market as it successfully cross-sells its TV sports packages to its existing customer base.

Imran Choudhary explains: “If current trends in the paid TV sector continue we could see BT usurp Sky with the largest market share in new customers by the second quarter – a first for the operator. In broadband its share continues to climb to nearly a third of the market as it scores well with consumers in several key areas. BT is seen as a trustworthy brand which offers good promotions and fast broadband, which is absolutely key for even casual internet users.”

Solid gains across the dual play markets and an expanded cable footprint have driven Virgin Media’s performance this quarter, with share up 2.1 percentage points on last quarter. Virgin Media customers have a high satisfaction score compared with other broadband providers, second only to Plusnet customers who consistently top the list thanks to its value-end pricing architecture. Despite being one of the most expensive in the broadband market, Virgin Media is ranked second in terms of providing value, following Plusnet again.

Sky’s total share of new acquisitions has dropped by five percentage points in the last quarter. Imran Choudhary explains: “Sky’s performance hasn’t been as strong in the broadband market this quarter and with BT continuing to make up ground in TV, Sky will have to rely on the strength of its customer engagement and loyalty to continue to drive up profit margins.

“Sky is comfortably the number one brand within paid TV subscriptions so is ideally placed to grow revenues from its existing base by looking to get customers to trade up to the likes of Sky Q and other premium services. Yet despite retaining its status as the top brand in acquiring new paid TV customers, its lead over BT has significantly narrowed over the last three quarters. By this time next quarter, we could see them drop to second within sales – which not so long ago would have been unthinkable.”