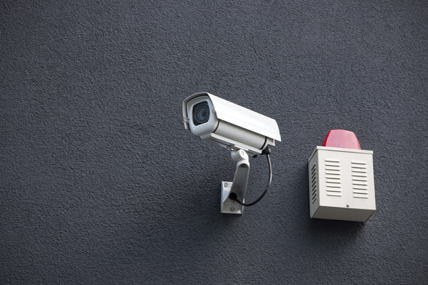 The latest figures show the extent of the impact of the TalkTalk personal data hack in October 2015.

The latest research from Kantar Worldpanel ComTech on the home services market – covering broadband, fixed landline and paid television – has shown the extent of the impact of the TalkTalk personal data hack in October 2015 as consumers switch to alternative suppliers.

Imran Choudhary, consumer insight director at Kantar Worldpanel, comments: “Customers have lost faith in TalkTalk as a trustworthy brand. The provider saw its share of the home services market fall by 4.4 percentage points quarter on quarter in terms of new customers, only 1.4% of whom gave reliability as a reason for joining the provider in the last three months – well below the market average.

“TalkTalk continues to offer some of the most attractive promotions across the home services market and almost a third of its new customers did choose it for this reason, but there can be no doubt that it lost potential customers following the major data hack. If it’s to recover from recent events TalkTalk will need to offer more than just good value.”

Aside from losing share across each of the home services in terms of new acquisitions, TalkTalk also lost existing customers in the fourth quarter of 2015, with 7% of its broadband base turning away to a different provider. BT was the biggest winner, picking up 40% of this lost share. Nearly a fifth of those leaving TalkTalk did so directly as a result of poor reliability – a significant increase on the previous quarter when fewer than 1% cited this reason.

Imran Choudhary continues: “BT continued to perform well in the final quarter of 2015, driven by further strong performances in TV and broadband. The provider reached a share of 30% for the broadband market moving further ahead of Sky, its nearest competitor. It also continued to reap the rewards of its successful sports proposition. With the football season now in full swing, BT Sport has built on the good work it did last summer raising awareness of its sports content, including Champions League and Premier League matches. In contrast to TalkTalk, BT felt the benefits of an improved perception of reliability, with 12% of new customers saying their primary reason for joining was because they saw it as a trusted supplier – twice the market average.”

Sky’s overall home services share of new acquisitions dropped slightly in the last quarter, largely driven by a weaker performance in home broadband. Broadband providers are traditionally more competitive on pricing than any other area of the home services market, and despite Sky’s recent promotional activity its share in this market dropped two percentage points to 25%. Sky does remain the second largest home broadband provider after BT, and continues to dominate the TV market with a share of 40% in the three months to 31 December, despite a strong performance from BT.

Virgin Media found itself crowded out of a busy marketplace in the last quarter, making small gains in broadband but dropping share in the TV market by six percentage points on the previous quarter. Smaller providers in broadband such as Plusnet experienced a good quarter, increasing their share by focusing at the value end of the market.