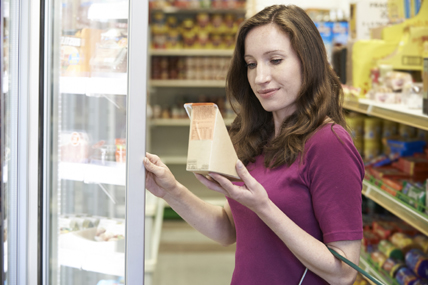 Tesco has grown ahead of the overall market, where sales increased by 0.8% on last year.

The latest grocery share figures from Kantar Worldpanel, published today for the 12 weeks ending 9 October 2016, show Tesco increasing sales by 1.3% – marking a return to growth for the UK’s largest retailer for the first time since March 2015. Tesco has grown ahead of the overall market, where sales increased by 0.8% on last year.

Fraser McKevitt, head of retail and consumer insight at Kantar Worldpanel, comments: “Foods including ready meals and produce have been among the fastest growing areas at Tesco, helped by its ‘Farm Brands’ but also its standard own label lines. Tesco has attracted a further 228,000 shoppers through its doors to help the grocer grow to a 28.2% share of the market – its first year-on-year market share gain since 2011. Sales growth has been strongest among family shoppers, while improved trading from its larger supermarket and Extra stores has supported this month’s gains.

“While the threat of rising prices is on a lot of minds at the moment, we’ve seen the 27th consecutive period of grocery price deflation, albeit at a slower rate. The price of everyday groceries fell by 0.8% compared with a year ago and in contrastto the -1.1% reported last month, with deflation particularly noticeable among pork, crisps and poultry products.”

Other retailers winning market share this month include Iceland, Co-op and Waitrose. Iceland increased sales by 6.9% with success across the store, not just in its core frozen lines which this period accounted for only 41% of sales. Chilled and ambient grocery sales also grew, as did Iceland’s branded soft drink and frozen ready meal lines, and market share rose by 0.1 percentage points to 2.1% as a result.

Co-op recorded its 17th consecutive 12 weeks of growth this period. Fraser McKevitt comments: “Co-op’s sales are up by 3.1% compared to a year ago, taking share up to 6.5% of the market. Consumers are continuing to buy from Co-op stores more frequently with the average shopper now visiting almost twice a week – an 8% increase. The convenience retailer is responding to challenges from the wider market by focusing on its own label lines, with its re-launched membership card rewarding shoppers who choose Co-op’s own products.”

At Sainsbury’s sales fell by 0.4%, while Morrisons continues to feel the effects of a smaller store portfolio with sales down by 3.0%. The re-launch of its ‘The Best’ range has had a positive impact on its premium own label sales, which increased by 6%. There was a similar picture at Asda where sales were down by 5.2% – its slowest rate of decline for four months – despite a premium own label sales increase of 8%.

Waitrose is still enjoying a sales uplift from its September half price event, with sales growing by 3.5% and contributing to a market share increase of 0.2 percentage points to a total of 5.4%.

At Aldi sales increased by 11.4% while at Lidl they grew by 8.4%, taking market share up to 6.2% and 4.6% respectively and maintaining the combined market share high of 10.8% which the two retailers achieved last month.