Steepest decline for fashion market in the UK 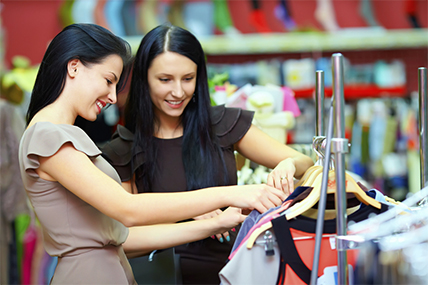 The British fashion market has witnessed its steepest decline since 2009

The British fashion market has witnessed its steepest decline since 2009, according to the latest figures from Kantar Worldpanel. Data to the 52 weeks ending 25 September 2016 revealed that the market has now seen four months of consecutive sales decline, with almost £700 million lost from the value of the market from this time last year.

In June of this year Kantar Worldpanel revealed that the value of the fashion market – clothing, footwear and accessories – had contracted for the first time in six years, with sales growth falling by 0.1%.

Glen Tooke, consumer insight director at Kantar Worldpanel, comments: “Fashion retailers are still following the same patterns of over-buying and deep discounting and consumers are increasingly reluctant to pay full price. Retailers have responded to falling sales by investing less in their lines, when what they need to be doing instead is addressing these problems more proactively. Rather than chasing after the same ‘micro trends’ as every one of their competitors, they need to work on understanding what their customers really want and to fulfil their needs.

“Most recently the decline has been driven by falling frequencies of buying, giving retailers fewer opportunities to encourage shoppers to part with their cash. As such, they need to ensure that stock availability is as high as it can be – online and offline – and that the shopping experience is based on what the customer actually wants, not what the retailer thinks they should experience.

“Our latest figures don’t take into account the closure of BHS, which shut its doors for the last time at the end of August. The retailer was worth over £400 million in sales so if this spend isn’t reapportioned throughout the market then we’ll be seeing the decline continue. Only ten of our top fashion retailers are worth more than the £700 million which the market has lost, so this decline is equal to one of them disappearing from our high streets. Given the events of this summer this no longer seems impossible.”