The bath isnât dead yet 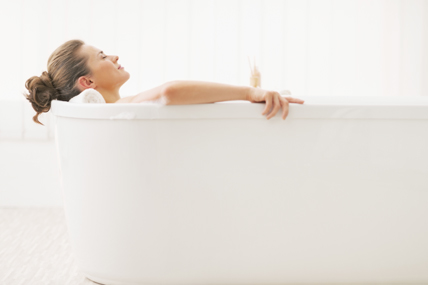 It looks like soaking in a bath isn't dead just yet, at least not in Britain, Russia and Poland.

Showers are by far and away the most popular way people keep clean across the globe, but it looks like soaking in a bath isn't dead just yet, at least not in Britain, Russia and Poland! 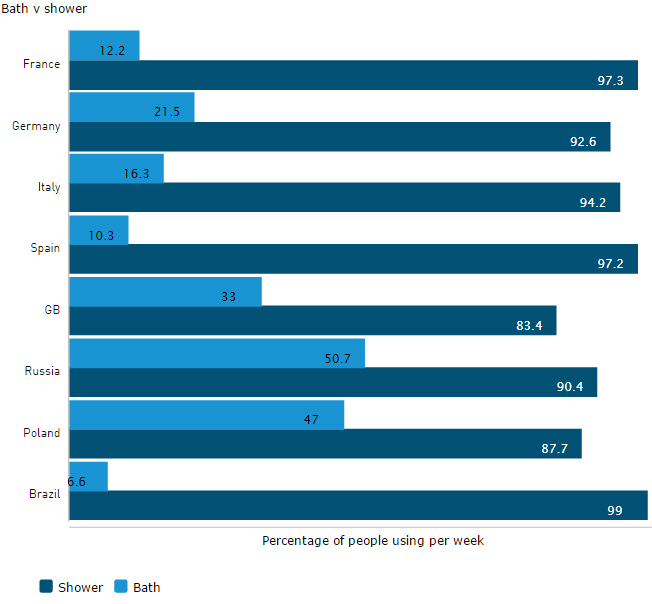 Our Kantar Worldpanel personal care data shows British people take on average four baths a week, which is less than the number of showers (six), but double the number of baths that the French take each week.

The data also allows us to see the average number of minutes we spend in the shower. In Great Britain, the average shower length is 9 minutes, less time than in Russia, Brazil, Poland and Italy, but more time that Spain, who take the shortest showers of the eight countries we tracked. Although British women do spend slightly longer in the shower than British men there isn't a huge difference.

Looking at what British people take into the shower with them, we can see that gels and body washes are far more popular than bars of soap. When we ask people to record at what time of day they wash, whether with soaps or shower gels and body washes, we find that Brit prefer the morning, 58% of Brits wash between 6am and 11am, rather than the evening, 28% between 6pm and 11pm.

Finally, our data shows that British people wash their hair on average three times a week, with little difference between men and women; however, 66% of British women use conditioner, compared to just 10% of British men.