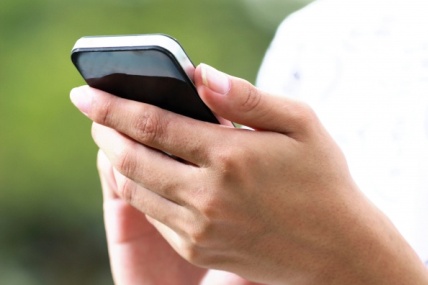 Following months of speculation, the iPhone 5 has finally hit the shelves and consumers are queuing up in their millions to find out what the latest model has to offer. So, what is Apple’s secret? And what do other mobile brands need to do to follow suit?

Apple has managed to reach near cult-level status with its keen following and it is this unshakeable loyalty which has driven the brand’s consistent performance. When Apple releases a new device, around 80% of its existing customers in Britain will buy it. Indeed, in the lead up to the iPhone 5 release, a significant proportion of its customers were out of contract but held back from upgrading – 90% of these said they were planning to buy the new model. With well over eight million iPhone owners in GB alone, this level of loyalty can itself sustain a very credible business performance.

While Apple is performing well in the loyalty stakes, other mobile brands are missing this opportunity to drive sales. 40% of GB mobile consumers change their handset every year. However, in the past year, only 35% purchased the same brand when the time came to replace their mobile. So how to retain those customers?

Loyalty is influenced by a number of factors, however, there are three that make a real difference – the customer’s experience on their current mobile; the touch points they use to decide on their next handset; and what product options they are offered before and at the point of sale including pricing, tariffs and distribution.

Apple performs well in all of these areas. Its customers have the highest level of satisfaction with their device and this drives what they want next – if consumers enjoy their handset experience, they are much more likely to purchase the same brand when they upgrade. Added to this, Apple owners are very engaged with their phones and spend 107% more on apps per month than the smartphone average. This is key to its success – when a consumer’s mobile experience is deeply embedded within their day to day lives (through the use of apps, email and maps), the barriers to exiting an OS become ever greater.

Another factor which has helped Apple to secure strong customer loyalty is that it enjoys some of the widest retail distribution in the industry. The Apple brand itself should also not be overlooked. The super brand boasts the largest number of consumers who say the top reason they bought their device is due to the brand.

While retaining its existing customers is a key ingredient of Apple’s success, other brands have placed more of an emphasis on poaching new customers. Sony has achieved the lion’s share of its GB smartphone sales over the past year (72%) by attracting a considerable amount of customers from brands such as Nokia.

This tactic has paid off, resulting in 650,000 additional sales to new customers. However, over the past year, just 14% of its existing customers who upgraded to a smartphone bought another Sony device – the equivalent of just 210,000 sales. If Sony enjoyed the same levels of loyalty as Samsung, which are still around half that of Apple, its smartphone sales from existing customers would have been 600,000 – almost triple what they were in reality. What’s more, convincing customers to repurchase a brand will generally be easier than attracting new customers. This is even the case for brands which are comparatively out of favour.

What is missing is a targeted strategy to address the needs of both new and existing consumers. The one challenge for Apple is ensuring it continues to gain new customers. As each iPhone nears the end of its release cycle and competitors up their game, Apple’s ability to attract new customers diminishes. Although Apple owners were not tempted to jump ship in the lead up to the iPhone 5 release – despite the fact there were arguably higher specification smartphones available – other consumers gravitated towards flagship Samsung and HTC devices. This meant Apple became even more reliant on its existing army of users. This is a luxury available to few other brands and is what helps to cushion Apple’s performance in the run up to a new release.

There are of course occasions when a strategy which prioritises customer loyalty will not pay off and this highlights why acquisition is equally important. Over the past three years, Motorola has seen its customers shrink significantly. Those that are left are mostly older, unengaged consumers – over two thirds are over 50. Targeting marketing spend to encourage these consumers to upgrade to the new smartphone range is likely to yield poor results, as few express any desire to own a smartphone.

To understand the real opportunity of loyalty, companies need to look at the wider picture. Assessing size and experience of their current users, along with their market strength in terms of product range and distribution power can help them to establish the right mix of retention and acquisition strategies.