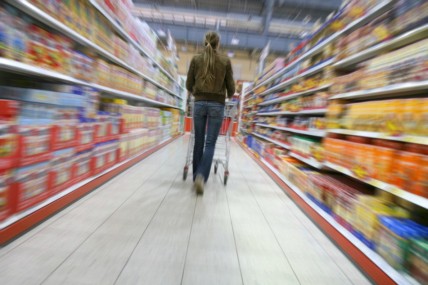 During the first quarter of 2013, GDP struggled to expand by +4.9% on a year-on-year basis, marking an improvement in growth rate compared to the same period in 2012, yet not strong enough to reverse the deceleration trend.

FMCG spending increased by +12% in Urban and +11% in Rural areas. Dairy and Beverages were the key drivers, recording +15% expansion in Urban and +18% in Rural. Besides, positive scores were also seen in Home Care sector at +16% growth in Rural. Rural consumers were adopting more and more household products to ease their housework. Table napkins, toilet cleaner and detergent were successfully expanding their presence in rural homes.

Street Shops and Wet Market remained the most important channels in Vietnam, making up over 60% of the FMCG market value. However, Modern Trade was gaining momentum over time. Interestingly, during the last quarter, Specialty Stores showed the most rapid growth among all channels in Urban Vietnam with a +25% increase in value compared with the same quarter last year, mainly driven by its growth in Dairy.

Fueled by a heavier consumption pattern among Urban consumers, Liquid Detergent shone as the star among FMCG categories with a remarkable +30% increase in volume compared with the same quarter last year. In Rural, an additional buyer base of 1 million households and an uplift at +6.6% of average volume consumption helped Carbondinated Soft Drinks achieve an exceptional volume growth of +31%.

Regarding consumer’s wallet share, according to the Expenditure Survey conducted by Kantar Worldpanel in late 2012, FMCG & Fresh Food remained an essential part (more than ¼) of household expenditure in both Urban and Rural. Beside FMCG & Fresh Food, Education and Savings played an important part of a typical Vietnamese wallet share. While urbanites saved the second biggest part of their budget for education, more provident rural counterparts placed a higher priority on agriculture investment and savings.

David Anjoubault, General Manager at Kantar Worldpanel Vietnam, concluded: “With no clear signs of economic recovery, consumers tend to rationalize towards basic needs. FMCG and Fresh Food stays the core in consumer’s wallet and even expands if compared with the previous year. Opportunities do exist, yet manufacturers need to be more responsive and provide more value-for-money offers to generate consumer interest and deepen their loyalty.”